Fromberg winds back the clock in Victoria 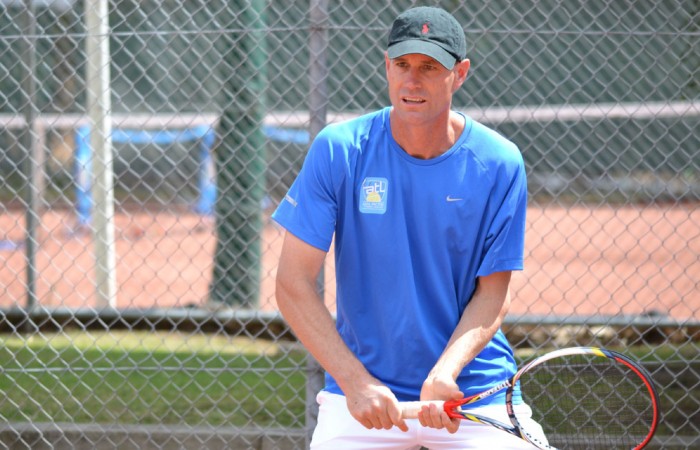 Teams are jostling for ATL Vic Conference Finals spots in both the men’s and women’s competitions after the completion of Round 3.

The ultra impressive and star studded Kooyong Classics sit on top of both the men’s and women’s ladders after 3 completed rounds, with one hand on the trophy and the $6000 cheque and an ATL Playoff’s spot.  Several clubs may have something to say about that though, as they battle for a berth in the Final.

In the men’s competition the highly rated Tennis World Taipans who had started the competition slowly faced D-Day and took on the in-form MCC Stars led by former Davis Cup player Peter Luczak , in what would be a season defining match for both teams.

In the highest quality of matches the Taipans made a significant statement to rival clubs and announced themselves as genuine contenders in demolishing the Stars 5 rubbers to 1.

Former Davis Cup player Richard Fromberg of the Taipans showed a liking for the shorter format and wound back the clock with a vintage display with comprehensive rubber wins in both singles and doubles rubbers, dropping just 1 game for the day. Other prime movers for the Taipans who made statements included Luke Saville who came from a set down against the Stars Dayne Kelly and Jarryd Maher continued his fine form with a win over Ryan Agar.

In other men’s matches Kooyong Classics flexed their muscles and underlined the depth of talent in their squad with impressive rubber wins by Rubin Statham, Andrew Whittington and Andrew Coehlo downing the Dingley Dingoes 5 rubbers to 1.

The Waverley Warriors lifted in front of their home crowd with a solid victory 5 rubbers to 1over the RSY Royals. Aaron Leeder Chard for the Warriors returned to form as did Sam Dowler, in posting an important victory.

The women’s matches saw some epic sea-saw battles. The Waverley Warriors gave the highly rated RSY Royals a huge scare and almost pulled off the upset of the season. The Royals Tammi Patterson followed up her Friday night victory over Arina Rodionova with a solid rubber win and Azra Hadzic looked sharp in her rubber win over Jayde Viccars. The Warriors Noelleda Ah San played the match of her life in downing Sam Harris and Warriors young gun Gabriella Sprague continued her impressive Vic Conference with a rubber win. The match finished 3 rubbers all with the Royals winning by a set, and keeping their dream of a Final berth alive.

In other women’s matches the Kooyong Classics rolled out some more firepower with Sally Peers playing her first match of the season. Peers joined the star studded Classics line up of Arina Rodionova, Ellen Perez, Annabelle Andrinopoulos and brilliant teenager Destanne Aiva, in defeating the Frankston Firebirds 5 rubbers to 1 and taking hold of top spot on the ladder.

The Delahey Reckers also sprung a surprise with an upset victory over the MCC Stars by a set after the match was locked at 3 rubbers all. The Reckers Monika Rajicic continued her impressive form with an epic victory over the Stars Eliza Long and the Reckers surprise packet Stefanie Serafidis was outstanding in clinching both her singles and doubles rubbers.

The ATL Vic Conference now moves into overdrive with a Double Header this weekend. Round 4 action for the women’s will be played at Green Gully TC and the men’s at the National Tennis Centre indoor courts this Saturday 23rd November from 2pm.

Final positions will be determined at the Royal South Yarra Lawn TC when both the men’s and women’s players will converge as one for the final round, in what promises to be a brilliant and exciting day., with matches commencing at 12:00pm.