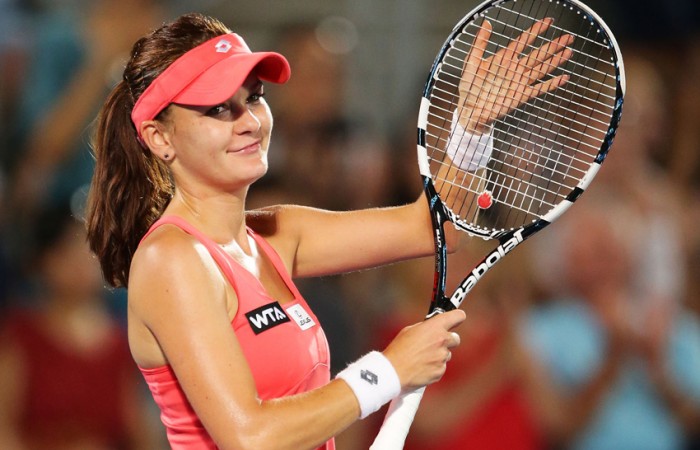 The world No.5 signalled her intent via Twitter overnight to the delight of tournament organisers.

The methodical game of the 5’8” Polish star suits the court conditions in Sydney, where she clinched the 2013 title without dropping a set.

“I’m really excited to return to Sydney to defend my title,” Radwanska said.

“It’s a great tournament and I really enjoyed the city and playing in front of the crowds in Ken Rosewall Arena,” continued Radwanska, who has won an impressive 13 WTA titles at 24 years old.

“Aga was a crowd favourite in Sydney last year and to have the defending champion and world No.5 confirmed this early is great news for the event and Sydney tennis fans,” Watson said.

“We expect another world-class women’s field in 2014 with the majority of the top 10 competing for the prestigious Apia International Sydney title.”