Aussie duo Sam Stosur and Daria Gavrilova each scored impressive victories on Wednesday to seal their places in the last eight at the WTA Hong Kong event. 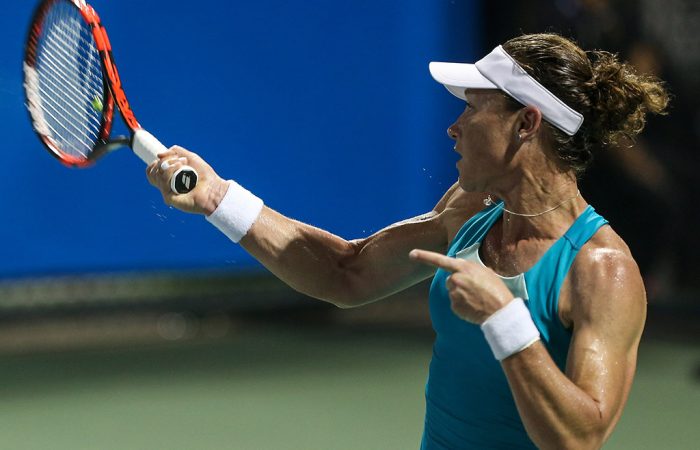 Sam Stosur has won consecutive matches for the first time in her comeback from a hand injury, beating Agnieszka Radwanska on Wednesday night at the WTA Hong Kong Open.

She joined Daria Gavrilova in the last eight, who earlier gained revenge on Shelby Rogers for her loss at the US Open thanks to a three-set victory this time around.

Stosur trailed the fourth-seeded Radwanska by a set and a break before storming back at the Victoria Park Tennis Stadium.

The 3-6 6-4 6-0 victory extends her head-to-head record over the Pole to 4-1, and sets up a quarterfinal showdown with either Luksika Kumkhum or Wang Qiang.

“I thought I was playing pretty well, and genuinely enjoying playing out here,” said Stosur.

“I felt like as the match went on I kept getting better and better.”

Gavrilova was the first player through to the quarters after her 6-1 2-6 6-2 win over Rogers, which set the stage for a likely last-eight showdown with Danish former world No.1 and No.3 seed Caroline Wozniacki.

That’s if Wozniacki can get past another Aussie – Lizette Cabrera – in their second-round match on Thursday.