Matthew Ebden's victory at the Victorian Tennis International on Sunday has boosted the Western Australian back inside the world's top 100. 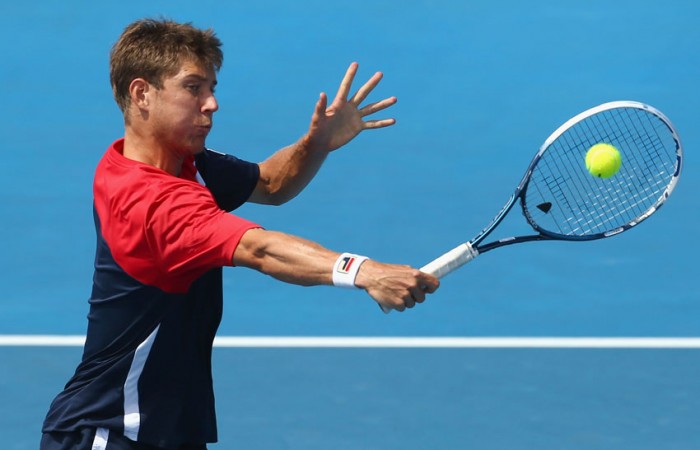 Matthew Ebden’s victory at the Victorian Tennis International on Sunday has boosted the Western Australian back inside the world’s top 100.

Ebden defeated Tatsuma Ito in the final of the ATP Challenger-level event, his second Challenger title from four finals in 2013.

As a result he leaped 11 places to world No.98, the fourth Australian in this elite bracket behind Bernard Tomic, Lleyton Hewitt and Marinko Matosevic.

It continues the 25-year-old’s run of excellent recent form; in his past five Challenger events since the US Open, he’s gone semifinal-final-quarterfinal-final-champion, winning 18 of his past 22 matches and improving his ranking by almost 40 places.

The 28-year-old’s victory at the WM Loud Bendigo International $50,000 Pro Tour event saw her jump 29 places to No.152, and from fifth to third on the Australian rankings.

Dellacqua is another player enjoying a purple patch; having slipped outside the top 200 recently, she’s vastly improved her ranking thanks to winning 15 of her past 19 matches since the French Open.

Lower down the rankings ladder, some young Aussies have made some mighty strides this week.

Other notable movers can be seen below: