The Tennis NSW board on Friday appointed Dr Alistair MacDonald to take on the role of Tennis NSW Chief Executive Officer. 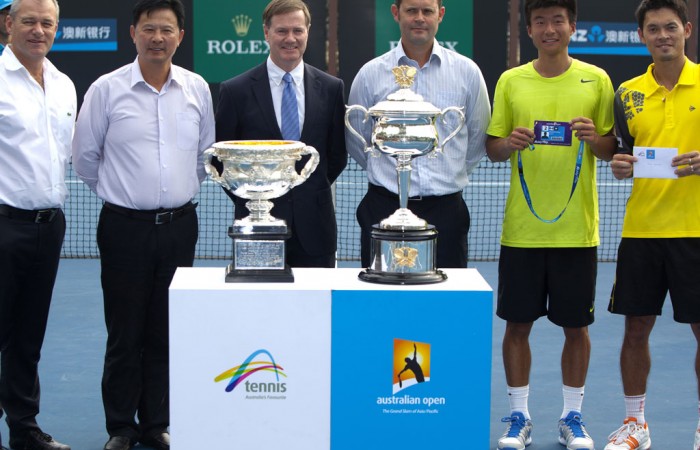 The Tennis NSW board on Friday appointed Dr Alistair MacDonald to take on the role of Tennis NSW Chief Executive Officer.

“Alistair brings impeccable credentials in the area of tennis and commercial operations as well as a strong tennis playing background to the role,” said Greg Doyle, Tennis NSW president.

“This blend ensures our business has the necessary leadership to take us forward as we enter a new phase in our evolution as a sport with massive opportunities in front of us.”

All of this has led him through a very professional sports administration career, including eight years as CEO of Tennis SA, where he was instrumental in establishing the World Tennis Challenge in Adelaide in partnership with Australian tennis greats Darren Cahill, Mark Woodforde and Roger Rasheed.

MacDonald was also the tournament director for the inaugural Asia-Pacific Australian Open Wildcard Play-off, hosted in Nanjing, China in 2012, and played a key role in the development of the Asia-Pacific Tennis League.

“I am looking forward to joining the team at Tennis NSW and taking on a great challenge of making NSW the most successful Tennis state in Australia,” MacDonald said.

“I know many on the team at Tennis NSW and I am looking forward to building on some of the great successes achieved so far, in particular, growing participation, aligning the Apia International Sydney with the sports broader objectives, working successfully with government and securing the future of Sydney Olympic Park Tennis Centre.”

Doyle wished to acknowledge the hard work of acting CEO Jackson Hills and the management team at Tennis NSW who have supervised the operations of Tennis NSW during the interim period.

The pool of applicants for the CEO position, of which there were more than 100, was incredibly strong. The selection panel completed a comprehensive process with Sportspeople to select the successful candidate.

MacDonald will commence in the role from early November 2013.