Two events have been confirmed for Adelaide this summer, with A Day at the Drive in January and a women's edition of the Adelaide International in February. 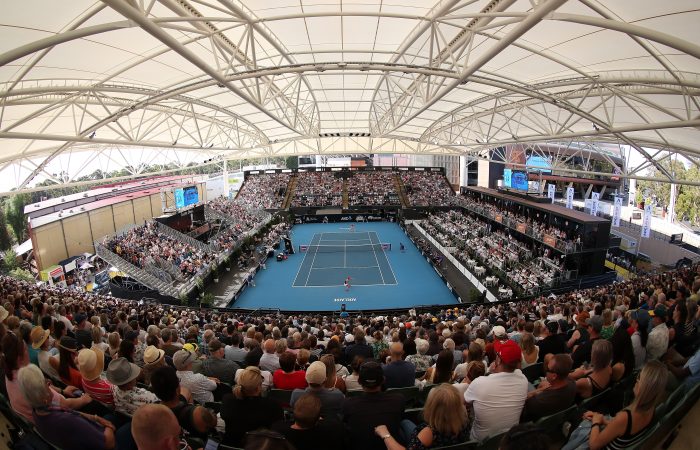 Grand Slam champions Serena Williams (USA) and Rafael Nadal (ESP) will star at A Day at the Drive, the official curtain raiser to the Australian summer of tennis in 2021.

The one-off event will be held at Memorial Drive Tennis Centre in Adelaide on Friday 29 January and will feature a total of eight players.

Williams and Nadal will be joined by Novak Djokovic (SRB), Dominic Thiem (AUT), Simona Halep (ROU) and Naomi Osaka (JPN), with further player announcements to be revealed in due course.

The current field boasts an impressive 66 Grand Slam singles titles between them.

The group of international players will arrive in Adelaide from 14 January and undertake mandatory quarantine for 14 days. All players and their teams arriving for the Australian summer of tennis are over and above the numbers of returning Australians to the country during the COVID-19 pandemic.

A Day at the Drive will feature two sessions, with reduced venue capacity in line with State Government requirements to ensure the safety of all patrons.

“These two tournaments are a real coup for South Australia,” Premier Marshall said.

“To have players of this calibre playing at Memorial Drive is an absolute win for local tennis fans and the South Australian public.

“This is a real show of support for the way that South Australia has managed the COVID-19 pandemic and underlines our ability to attract world-class events.”

South Australian Minister for Recreation, Sport and Racing Corey Wingard also confirmed that Memorial Drive would also close out the international tennis season by hosting the WTA 500 event from 22 February, featuring around 70 of the world’s best female players.

“The Adelaide International event will be played straight after the Australian Open and will close out the international tennis season down under,” Minister Wingard said.

“Several of the top 10 female players in the world are expected to compete in the Adelaide International. Many already know Memorial Drive and love playing here – it’s where Ash Barty became the first woman in nine years to win a title on home soil.

“Hosting events such as these in Adelaide wouldn’t be possible if the Marshall Liberal Government wasn’t building what matters through our $10 million Memorial Drive roof upgrade and our $44 million stage two redevelopment which begins in March.

“Late last year we struck a deal with Tennis Australia to host professional tournaments for the next 10 years at Memorial Drive. The inaugural Adelaide International was a roaring success and these new events show South Australia is open for sporting business and further cements Adelaide as a tennis destination.”

Tennis SA CEO Debbie Sterrey added: “We are thrilled to be able to bookend the Australian summer of tennis here in Adelaide with A Day at the Drive and the Adelaide International WTA 500 tournament.

“A Day at the Drive will be a truly star-studded field and presents a once-in-a-lifetime opportunity for the South Australian public to see some of these tennis players right here in our own backyard.

“We have worked closely with the South Australian government to ensure that not only will the players have the best possible preparation for the summer of tennis, but that we protect the health and wellbeing of our South Australian community.

“These events will be a wonderful way to celebrate 100 years of professional tennis at Memorial Drive before the $44 million stage two redevelopment begins in March.”

Adelaide International Tournament Director Alistair MacDonald said: “We are very pleased to announce that A Day at the Drive, as well as a WTA 500 tournament will be held here in Adelaide.

“We are looking forward to welcoming players, fans and staff back to Memorial Drive after what has been a very difficult year for everyone.”

More information on ticketing will be released soon.