Isabella Holland’s remarkable comeback at the recent Hutchinson Builders Toowoomba International has seen her rewarded in the latest WTA rankings. 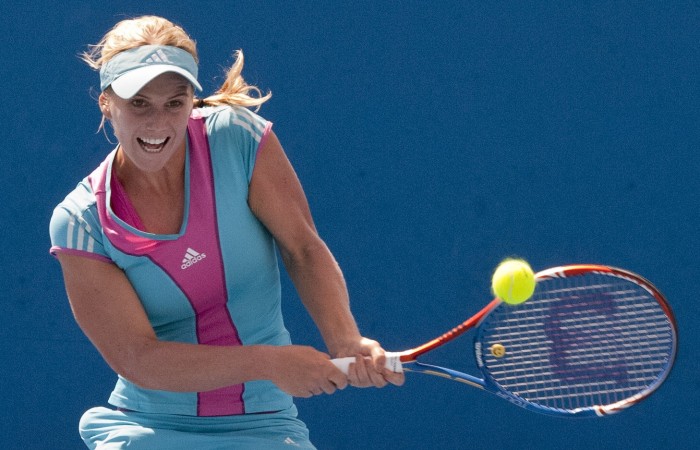 Isabella Holland’s remarkable comeback at the recent Hutchinson Builders Toowoomba International has seen her rewarded in the latest WTA rankings.

The 21-year-old Queenslander soared 356 places to world No.715 after capturing the Pro Tour title, the second professional crown of her young career.

Having endured a spate of injuries and an 18-month hiatus from the game, Holland will look to build towards her career-high ranking of No.179, achieved back in December 2011.

The Toowoomba event also saw several other Aussies scoring valuable points and making their mark on the rankings.

Azra Hadzic, who reached the semifinals, jumped 17 places to world No.339.

The 18-year-old now looks set to crack the top 300 in next week’s rankings thanks to her run to the title in Cairns; results from ITF Pro Tour events always take two weeks to process and be added to a player’s ranking.

Another pair of young guns – Olivia Tjandramulia and Pamela Boyanov – also made waves in the regional Queensland city, and as a result, debuted on the WTA rankings chart.

Tjandramulia, 16, reached the semifinals and this week appeared at world No.939, while Boyanov, just 15, ranks 998th after reaching the Toowoomba quarters as a qualifier.

The men’s tournament saw Adam Feeney crowned the champion, and as a result the 28-year-old rose 19 places to world No.309 on the ATP World Tour list.

Feeney’s victim in the Toowoomba final, 20-year-old Andrew Whittington of Victoria, jumped 78 spots to a career-high ranking of No.520.

Overseas, a number of our Aussie men enjoyed success at Challenger level, including Matt Ebden, whose run to the semifinals at the Kaohsiung Challenger in Taiwan saw him rise 13 places to world No.122.

Meanwhile, John-Patrick Smith continued his recent surge; the Queenslander reached the quarters in Kaohsiung and leapt 15 rungs to No.217.

Smith, who has risen 136 places since early July and won 15 of his past 19 matches on the Challenger and Futures circuits, closes in on his career-high ranking of No.210, achieved in 2012.