Despite a first-round loss at the US Open on Tuesday, Casey Dellacqua remains motivated ahead of further competitive outings at Flushing Meadows on the doubles court. 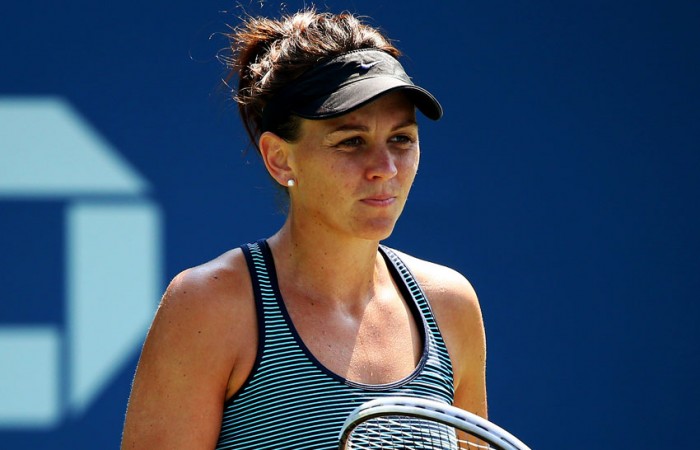 Despite a first-round loss at the US Open to fellow qualifier Ajla Tomljanovic on Tuesday, Casey Dellacqua remains motivated ahead of further competitive outings at Flushing Meadows on the doubles court.

Dellacqua squandered a first set lead to Croatian Tomljanovic, going down in the second set under pressure from her opponent’s strong forehand.

In the third set, the Aussie was broken in the first game and went on to lose the match 3-6 6-1 6-4 to the 20-year-old, who will now play 26th seed Alize Cornet of France in the second round.

Dellacqua, currently ranked No.184 in singles, is now eyeing off a deeper tournament run in the doubles with fellow Australian Ash Barty.

The pair have enjoyed a memorable 2013 already, making it to the Australian Open and Wimbledon finals and collecting the trophy in Birmingham, Dellacqua’s second WTA doubles title of the year.

“We’ve played four tournaments, made two Grand Slam finals and won a WTA event so it’ll be good to get back out there with Ash,” Dellacqua said.

She is also looking forward to playing mixed doubles with Scott Lipsky, with whom she won the French Open crown in 2011.

And Dellacqua declared she has even more to play for after revealing her partner Amanda recently had a baby.

“I’m loving motherhood, my whole thing in life is family and it’s been a pretty exciting time.”

The Western Australian says she doesn’t think the birth will make her want to cut back on tennis and spend more time at home. “If anything, I don’t know, maybe it makes me a bit more motivated because I’ve got something to play for,” she said.

Dellacqua says that while she’s passionate about tennis, it’s not everything to her.

“It’s an elite sport but there’s so much more to life and for me that’s what life’s about, about family so we’ll try and make it work,” she said.

“You see a lot of players out on tour with families.”