Australia's boys team have secured a semifinal berth at the World Junior Tennis Finals after topping their round-robin group with victory over Brazil. 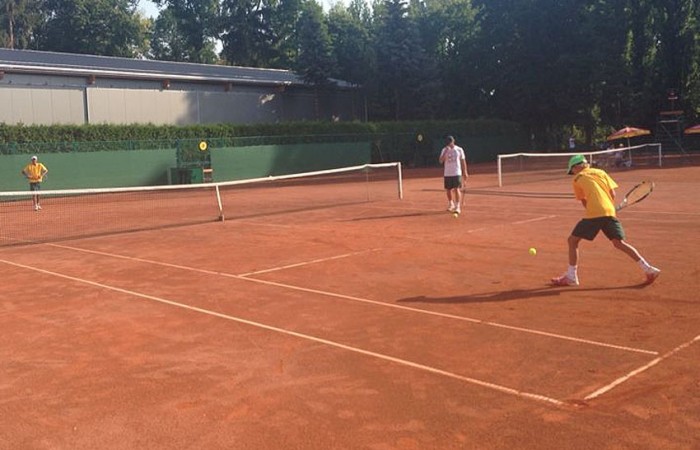 Australia’s boys team have secured a semifinal berth at the World Junior Tennis Finals after topping their round-robin group with victory over Brazil.

The Australians, the top seeds in the ITF 14-and-under competition in Prostejov, Czech Republic, defeated Brazil 2-1 to finish the round-robin stage of the competition undefeated.

They will next face the United States, who topped their round-robin group with victory over Argentina.

Alex De Minaur started the Australians off on a positive note against the Brazilian team with a 7-6(2) 6-4 over Igor Gimenez. Yet the tie was soon levelled when Alexei Popyrin went down to Gabriel Decamps in three sets, hampered by injury as the match progressed.

It came down to a decisive doubles rubber, in which De Minaur combined with Kody Pearson to defeat Decamps and Lucas Cruz 6-1 3-6 6-1.

The Aussies were thrilled to progress to the semifinal stage undefeated.

“If we’d got there losing a match and just going through on sets, that wouldn’t mean anything.”

Meanwhile, a 3-0 loss to the United States has prevented Australia’s girls’ team from advancing to the semifinals.

In a tie pitting the top two nations of Group B against one another, the winner was guaranteed a passage through to the final four.

And it was the fifth-seeded Americans who took advantage of this opportunity.

The US then completed a 3-0 victory when Bellis and Michaela Gordon teamed to defeat Aiava and Jaimee Fourlis 6-2 6-4.