UPDATE: Matthew Ebden and James Duckworth have suffered defeats in the second round of the ATP Claro Open Colombia in Bogota. 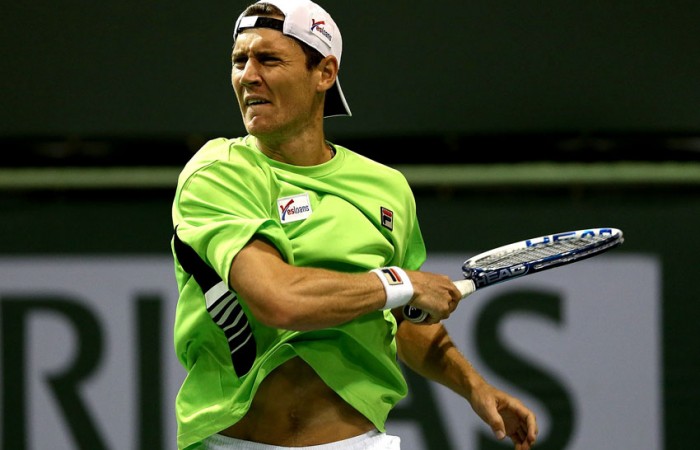 James Duckworth has suffered a nail-biting defeat in the second round of the ATP Claro Open Colombia in Bogota, while compatriot Matthew Ebden fell in straight sets to local Alejandro Falla.

The serve proved the difference during the close encounter.

Duckworth was extremely impressive on his delivery, smacking 12 aces and winning more than 85 per cent of first serve points.

Yet those figures were overshadowed by Pospisil, who served 24 aces and clinched an incredible 92 per cent of points beginning with his first delivery.

The Canadian moves through to the quarterfinals of the ATP 250 hardcourt event, where he will meet Italy’s Matteo Viola.

Later in the day in Bogota, Ebden battled hard in the opening set against Falla before falling to a 7-6(1) 6-1 defeat.

The Colombian’s victory sets up a quarterfinal showdown with top seed Janko Tipsarevic.