UPDATE: Australians Chris Guccione and James Duckworth have joined compatriot Matthew Ebden in the second round of the ATP Claro Open Colombia. 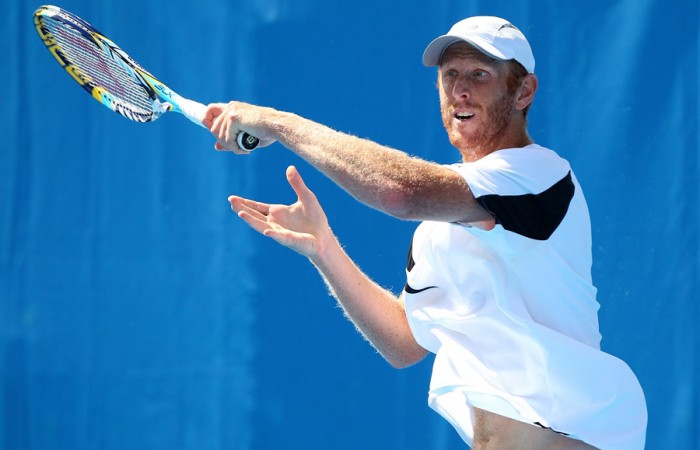 Australian Chris Guccione has won through to the second round of the ATP Claro Open Colombia in Bogota, his first win in the main draw of an ATP event in two years.

The 27-year-old Guccione was leading Kazakh Evgeny Korolev 6-1 1-0 before Korolev retired from the match.

It sends Guccione into a second-round match-up against sixth seed Santiago Giraldo of Colombia.

Guccione, currently ranked No.510, won two singles matches to qualify for the main draw in Bogota, his first ATP-level event of the season.

Duckworth put in an impressive performance to defeat Bedene, ranked almost 100 places higher at world No.88.

The New South Welshman broke early in the opening set to immediately gain the upper hand, and trailing 3-4 in the second set, reeled off three straight games to close out the match.

No.164-ranked Duckworth will next face Canada’s Vasek Pospisil in round two.

Guccione and Duckworth join fellow Aussie Matthew Ebden in the second round of the ATP 250 event.