Duckworth, Ebden fall in first round

Australians James Duckworth and Matt Ebden have fallen in their opening round matches at the All England Club on Day 2 of Wimbledon Championships. 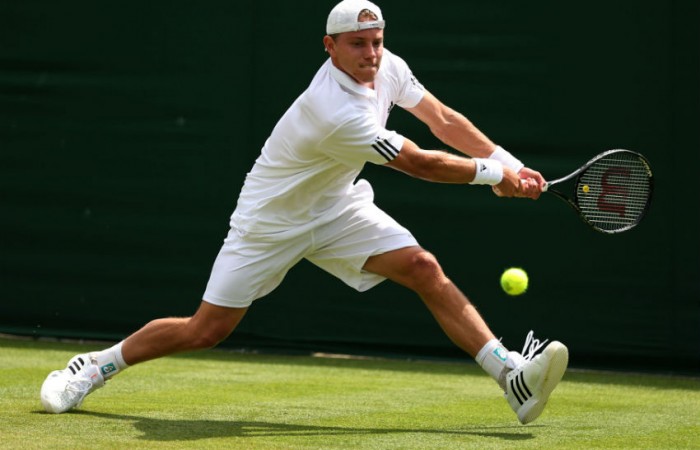 A gutsy fightback proved in vain as Australian qualifier James Duckworth was eliminated from the first round at Wimbledon.

Joining him on the sidelines was Australian wildcard Matt Ebden, who fell to a straight-sets defeat against Japanese 12th seed Kei Nishikori.

Duckworth, aged 21 and ranked 174th, was competing in the main draw at Wimbledon for the first time.

He also qualified for last month’s French Open, where he also lost in the first round.

Duckworth fought back strongly from two sets down to level the match and broke serve to take a 1-0 lead in the fifth and deciding set.

However, 105th-ranked Kudla came home much too strong to reach the second round.

Ebden lost 6-2 6-4 6-3 to Nishikori on an atmopsheric Court 14 at Wimbledon, with hundreds of Japanese fans packed in to watch their No.1 player Nishikori in action.

Ebden, ranked 110th, earned a wild card entry into the main draw after winning a Challenger event on grass in Nottingham earlier this month.

It was his second appearance at the All England Club.

Ebden staved off a number of match points but it was not enough to prevent the 12th seed sealing victory after one hour and 41 minutes.