Five Aussie men will attempt to secure their place in the Wimbledon main draw when the first round of the qualifying tournament begins tonight in London. 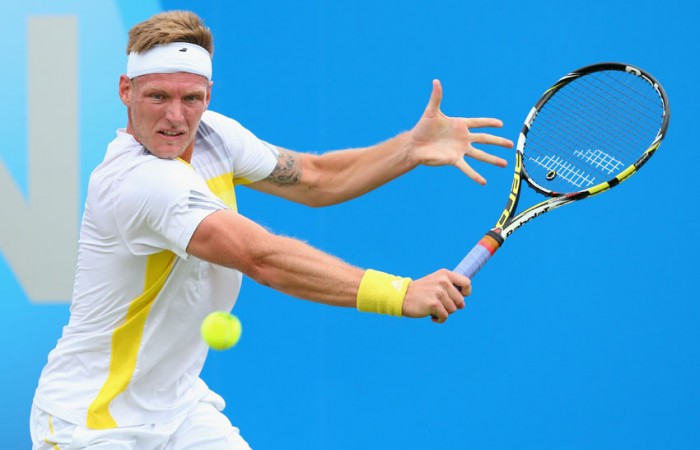 Wimbledon qualifying begins on Monday in London, with five Aussies in action in the men’s event.

Taking to the lawns at the Roehampton Sports Ground will be James Duckworth, Sam Groth, John-Patrick Smith, Matt Reid, Matthew Barton, who each stand three wins away from a place in the main draw at the All England Club.

And it’s a tough assignment for several of them – three of the Aussie contingent have drawn seeded players in their opening round matches.

Duckworth, who qualified recently at the French Open in Paris, takes on Dusan Lajovic of Serbia, the No.10 seed ranked around 50 places higher than the Aussie at No.115.

Smith has drawn fifth-seeded Czech Jiri Vesely, a tall big-serving player who claimed the Australian Open junior title in 2011 and who has since risen to within striking distance of the top 100 at No.106.

Reid will take on Indian No.22 seed Somdev Devvarman.

Meanwhile Groth, who recently qualified for the ATP event at Queen’s Club, will look to continue his good form on the grass when he battles British wildcard Josh Goodall in his first round match.

Barton is set to face Farrukh Dustov of Uzbekistan, a player part of the team that Australia downed in the Davis Cup in April.

First round men’s qualifying matches are scheduled to kick off on Monday night (AEST).

Sam Groth and Chris Guccione have paired up and are the second seeds in the 16-team draw.

The women’s qualifying draw is expected to be available on Tuesday morning (AEST).