Titles for Millman and Rogowska 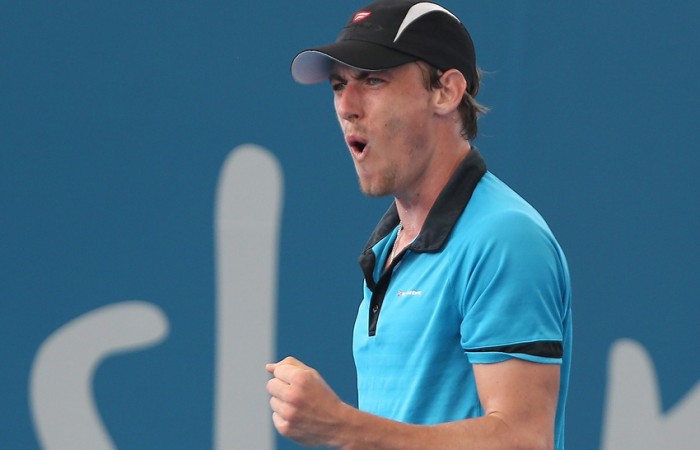 Twenty-three-year-old Millman played his best tennis to defeat Frenchman Stephane Robert 6-2 4-6 6-0 in the final on Saturday.

“I came out of the blocks firing. I knew I had to because Stephane is such a competitor, such a good ball striker and he can dictate play,” said Millman post-match.

“I had to get the first shot in the rallies and I managed to do that. It’s something I’ve been working on and I’m just glad I could execute it.”

After a drop in intensity in the second set, Millman came charging back in the third stanza.

“I’m very proud of myself the way I managed to get the momentum back in the third set and take the win. He wasn’t going to give it to me, I had to take it. I did that and executed the game plan which was the thing I was most happy with.”

Earlier in the week the world No.183 overcame fellow Queenslander Ben Mitchell (Worongary, Qld) in the first round before defeating the likes of qualifier Jordan Thompson (Cherrybrook, NSW) and James Lemke (Camberwell, Vic). Millman, the No.3 seed, defeated Jose Statham (NZL) in the semi finals, which were also played on Saturday after rain washed out play on Thursday.

Millman’s win adds to an impressive start to the year for the right-hander who as a qualifier took a set off world No.3 Andy Murray in the second round of the Brisbane International and pushed world No.84 Tatsuma Ito to five sets in the first round of the Australian Open.

In the women’s event, Rogowska clinched back-to-back titles in Burnie after she defeated Monique Adamczak (Sydney, NSW) 7-6(5) 6-7(7) 6-4 in a match that lasted two hours and 52 minutes.

“It was pretty windy so it was hard to get a rhythm. Monique plays a lot of slices and just gets every ball back so it was pretty tough to put away a good shot,” said Rogowska.

“I was really happy with the way I stayed mentally calm and fought for every single point, especially in that third set. I went down early but I managed to stay calm at 4-4 serving and 5-4 breaking her.”

Bobusic and Jessica Moore (Williams, WA) were forced to forfeit the women’s doubles final due to the injury Bobusic sustained with top seeds Shuko Aoyama and Erika Sema of Japan taking out the title.