Tough draws for Aussies in Brisbane

The seven-strong Aussie contingent at the Brisbane International have been dealt tough assignments as the tournament draw was released on Saturday. 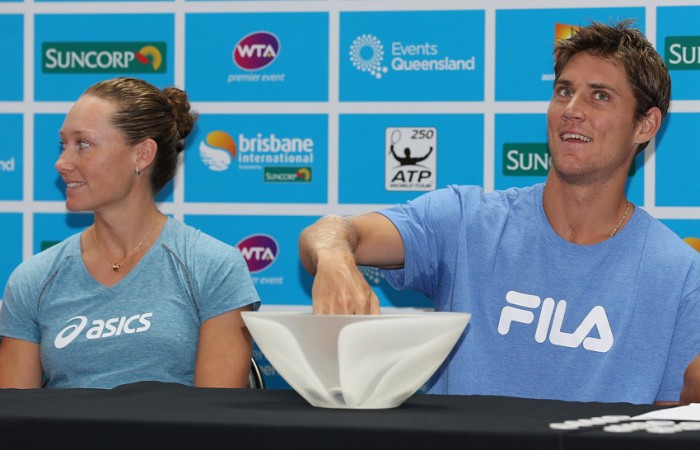 Sam Stosur is positioned for a quarterfinal showdown with superstar Serena Williams at the Brisbane International if she can see her way through the tough half of the draw.

Stosur will face Swede Sofia Arvidsson in the first round in her home event.

However, the Australian seventh seed has never got past the second round in Brisbane.

Young Victorian Olivia Rogowska, who enjoyed a first-round win over Arvidsson at this year’s Australian Open, has drawn a qualifier, while fellow wildcard Jarmila Gajdosova will meet Italian Roberta Vinci, where victory would see her play Maria Sharapova in the second round.

Meantime, Lleyton Hewitt has a huge challenge in the men’s tournament after being drawn to meet inaugural Brisbane International champion Radek Stepanek in the first round.

Hewitt, one of three Australian male wildcards, is also in the same quarter as top seed and defending champion Andy Murray.