Australia’s Olivia Rogowska and Ben Mitchell have been confirmed as wildcards for the Brisbane International 2013. 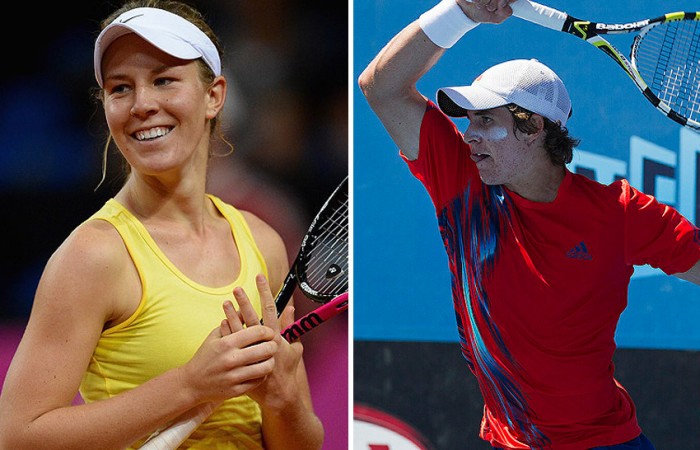 “It’s huge to receive a Brisbane wildcard,” said Rogowska, the Australian No. 3.

“No matter who you play in Brisbane they are going to be extremely tough … it’s great preparation for the Australian Open. Brisbane is one of my favourite tournaments … I’m really excited.”

The 21-year-old Victorian has enjoyed some solid performances during 2012, reaching the second round of the Australian Open where she played on Rod Laver Arena for the first time against top 10 player Li Na.

Rogowska then went on to contest her first WTA quarterfinal in Kuala Lumpur and made her Fed Cup debut for Australia. During 2012 Rogowska also won three singles titles (Esperance, Rockhampton and Burnie) and one doubles crown (Vancouver) on the ITF Circuit.

“I had a really good summer this year and I am hoping to repeat that and do even better in 2013 … I feel like I am preparing myself well for the next couple of weeks,” said Rogowska, the current world No. 114.

Mitchell is equally as excited about being awarded a Brisbane wildcard.

“This wildcard means a lot, the Brisbane International 2012 was a great experience but I am fitter than I’ve ever been and I think it’s realistic to win a few matches here in 2013,” said Mitchell, who is coached by Brent Larkham and is a member of the Australian Institute of Sport Pro Tour Program.

“Brisbane is pretty much my home town, I’m from the Gold Coast, which means my family and friends can come and watch me … I would like to thank Cam Pearson [Brisbane International Tournament Director] for this wildcard.”

The 20-year-old made his Grand Slam debut at the Australian Open 2012, losing to the highly-rated John Isner in the first round.

Pearson said he was looking forward to seeing Rogowska and Mitchell hit the courts at the Queensland Tennis Centre this week.

“It great to have two more Australians in the Brisbane main draw, including another Queenslander,” said Pearson.

“Olivia and Ben are both accomplished players who deserve the opportunity to play in-front of a home crowd at the Brisbane International.”