Crowd favourites and top 10 stars Li Na and Caroline Wozniacki have confirmed their return to the Apia International Sydney for the 2013 event. 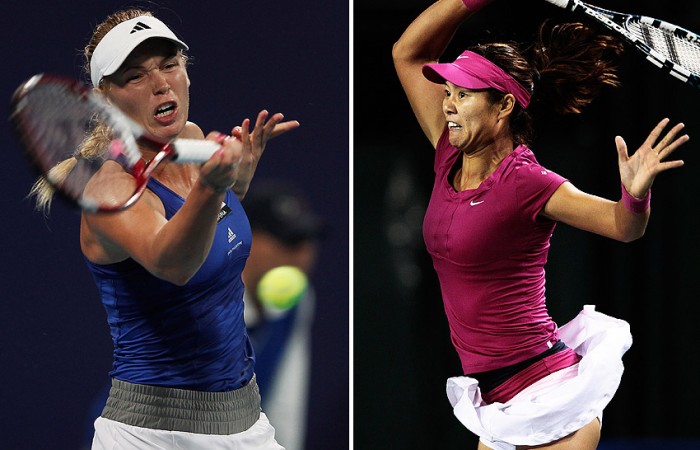 World No.7 Li Na is looking forward to completing her Australian Open preparations in Sydney for the sixth time.

“Two years ago I won the Sydney title and it gave me a lot of confidence leading into Melbourne,” Li said. “I’ve been there the last two years and played very well so I am really looking forward to coming back again.”

The charismatic 30-year-old enjoys playing the Sydney event and the fans that come out to support her.

“The final against Kim [Clijsters] in 2011 was one of the best experiences in my whole life,” Li Na said.

“I like the city of course and when you go back to the same tournament you see old friends that you see every year so its feels really good.”

Following her win at the Apia International Sydney in 2011, Li’s good form continued and she became the first Chinese player to win a Grand Slam singles title at Roland Garros.

Apia International Sydney Tournament Director Craig Watson is delighted to have the Chinese superstar and Grand Slam champion returning to the Sydney event.

“Li Na has performed exceptionally well in Sydney the last two years giving Sydney tennis fans and the local Chinese community who come and support her plenty of great tennis action to cheer on,” Watson said.

Watson added that having Wozniacki sign on for Sydney ensures the tournament will see yet another outstanding women’s line-up competing in 2013.

“Caroline is one of the most successful players on the women’s tour with 20 WTA titles to her name. I am looking forward to having the popular world No.10 return to Sydney for the fourth time.

“We announced our strongest men’s line-up in years for the 2013 event and I am delighted to add two of the most popular players on the women’s tour, both ranked in the world’s top 10, to our field ensuring we will again have an extremely strong and talented women’s draw in Sydney.”

Li won her sixth WTA singles title in Cincinnati in August and was a finalist three times this year in Sydney, Rome and Montreal. She also qualified for the season-ending WTA Championships for the second time in her career.

Former world No.1 Wozniacki remains one of the most well-liked players in women’s tennis. The 22-year-old Dane finished the year ranked in the world’s top 10 after winning titles in Seoul and Moscow.