Lleyton Hewitt looks likely to secure direct entry into Australian Open 2013 after his run last week in Stockholm vaulted him back inside the top 100. 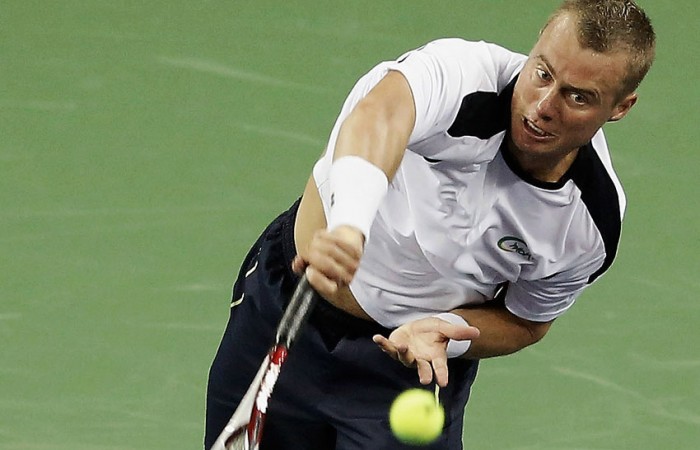 Lleyton Hewitt has returned to the top 100 after jumping 11 places in the latest edition of the ATP World Tour rankings.

Hewitt rose to world No.91 following his run to the quarterfinals at last week’s ATP 250 event in Stockholm, which should ensure him direct entry into next year’s Australian Open.

It is Hewitt’s highest ranking since June 2011, having spent much of the 2012 season in the rankings wilderness following an injury-induced absence from the game.

He fell as low as world No.233 in July before reaching the final in Rhode Island, the catalyst for a turnaround that has seen him rise almost 150 places in three months.

Also rising up the rankings this week was Marinko Matosevic, who now sits just one spot outside the world’s top 50 following his run to the quarterfinals in Vienna.

Incredibly, Matosevic began 2012 ranked outside the top 200 before his stunning rise over the past 10 months, made possible by vastly improved results at ATP level.

His jump of four places puts him just three spots behind Bernard Tomic, who remains Australia’s No.1-ranked player at world No.48.

Matt Ebden’s second round performance in Vienna helped boost his ranking five rungs to No.115, and back on the path to the top 100 ranking he has held for much of 2012.

Making waves lower down the rankings is Adam Feeney, with the 27-year-old jumping 37 places to world No.317.

The rise comes thanks to excellent recent results on the Australian Pro Tour, which has seen him inching back toward his career-high ranking of No.248 achieved in 2007.

On the women’s side, Olivia Rogowska has set a career-high mark of her own, ascending two places to world No.110 in this week’s WTA rankings.

The Melburnian has compiled a 40-25 win-loss record this season, winning three Pro Tour titles and reaching the quarterfinals at the WTA event in Kuala Lumpur.

> view the Australian women’s standings in the latest WTA rankings