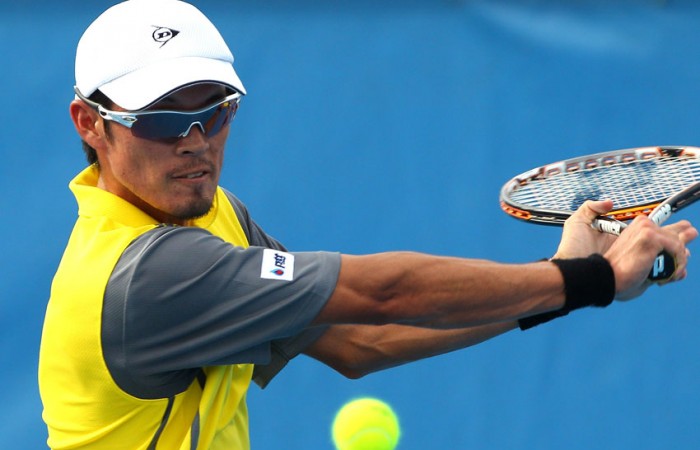 Under blue skies and bright sunshine on Thursday in Nanjing, former world No.77 Udomchoke advanced to the quarterfinals after a 6-4 7-6(2) win over qualifier Mao-Xin Gong of China, while Kumkhum won after her opponent, China’s Sun Shengnan, retired at 4-1 in the first set.

Udomchoke was later gifted a semifinal birth when his quarterfinal opponent Vishnu Vardhan of India withdrew from the tournament.

The 22-year-old Nanjing local admitted to being nervous at the start of the match, losing the first set to a determined Singh before overpowering his opponent to wrap up a 5-7 6-2 6-2 victory.

In other results, Di Wu of China sailed through to the next round with a comprehensive 6-2 6-1 win over Indian Sriram Balaji.

Main draw play will continue from Nanjing at 10am today, with the highlight a mouth-watering quarterfinal between Chinese Davis Cup teammates Ze Zhang and Di Wu.

“We are both good friends. We know each others’ games so well,” Wu said.

In 2012, the pair have split four meetings, with Zhang winning their most recent encounter just a fortnight ago at the China Open in Beijing.

In other matches, women’s top seed Taiwanese Kai-Chen Chang, who comes into the tournament after making the final at the WTA Osaka event last week, will take on China’s Yuxuan Zhang in the quarterfinals after a first round bye.

Chang upset Australian Samantha Stosur in the semifinals in Osaka and arrives in Nanjing with great confidence.