US Open: Smith falls to Capdeville

UPDATE: JP Smith has gone down in the opening round of US Open qualifying, yet several other Aussies will continue their campaigns on Thursday. 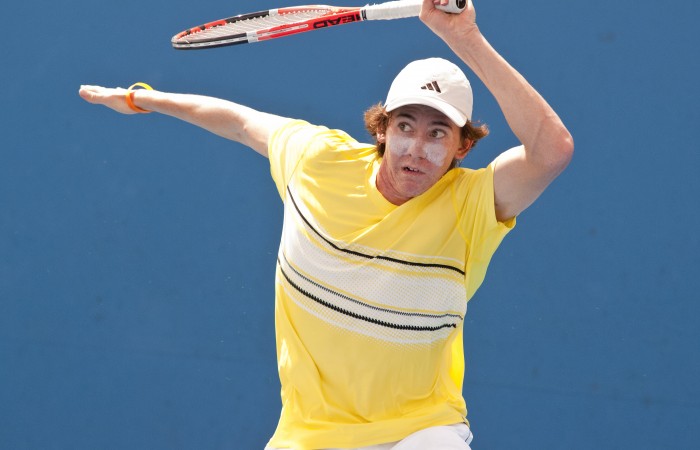 John-Patrick Smith has gone down in the opening round of US Open qualifying to Chile’s Paul Capdeville on Wednesday.

The Queenslander fought hard but could not stop the charge of his opponent, who wrapped up a 7-6(4) 6-3 victory in one hour and 38 minutes.

It proved to be the decisive factor for Capdeville – the world No.167 skipped through to the second round where he will next face German 15th seed Daniel Brands.

James Duckworth, Brydan Klein and Anastasia Rodionova came through the first round on Tuesday at Flushing Meadows and are scheduled to play their second round matches on Thursday.