Mixed results for Aussies in qualifying

UPDATE: Casey Dellacqua has qualified for the WTA Dallas event, yet other Aussies were less fortunate at US Open lead-up tournaments around America. 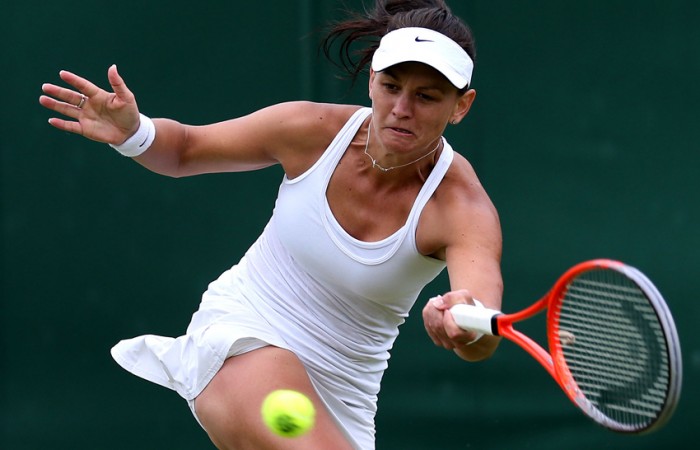 Casey Dellacqua has received a boost ahead of the US Open by qualifying for the WTA lead-up event in Dallas.

Yet Matthew Ebden and Anastasia Rodionova have both had their preparations for the year’s final major cut short by illness.

Dellacqua qualified for the rain-plagued Texas Tennis Open in Dallas, routing Britian’s Emily Webley-Smith 6-2 6-1 in less than an hour on Sunday to take her place in the main draw.

The win followed her first round qualifying win over Croatia’s Ivana Lisjak, also in straight sets.

Dellacqua, a wildcard entry into next week’s US Open, will take on Irina-Camelia Begu in the first round of the Dallas main draw.

At the ATP event in Winston-Salem, North Carolina, Ebden withdrew during his second qualifying match due to illness.

The top seed in qualifying, Ebden won his first round match before pulling out in the second set of his next match against India’s Sanam Singh.

Ebden’s agent Sam Maxwell said that the Western Australian’s US Open participation would not be affected by the ailment.

“The condition is nothing serious, and with a few days rest he will return to a full practice schedule early next week. Matt will be at full fitness come the US Open and is very much looking forward to his first main draw match at Flushing Meadows,” he said.

At the same event, Chris Guccione went one round better in qualifying before falling at the final hurdle in three sets to Germany’s Benjamin Becker.

Guccione defeated Teimuraz Gabashvili in the first round of qualifying before scoring an impressive victory over world No.86 Michael Llodra, defeating the Frenchman in three tight sets.

Further north in New Haven, Connecticut, Rodionova withdrew from her second round qualifying match after being struck down with a gastro-intestinal illness.

Having defeated No.96-ranked Kateryna Bondarenko in straight sets in her opening match, Rodionova dropped the opening set against American wildcard Sachia Vickery before deciding not to contine.