Rankings watch: Ebden on the rise

UPDATE: A solid performance at last week's Toronto Masters has seen Matthew Ebden return to within striking distance of his career-high ranking of No.69. 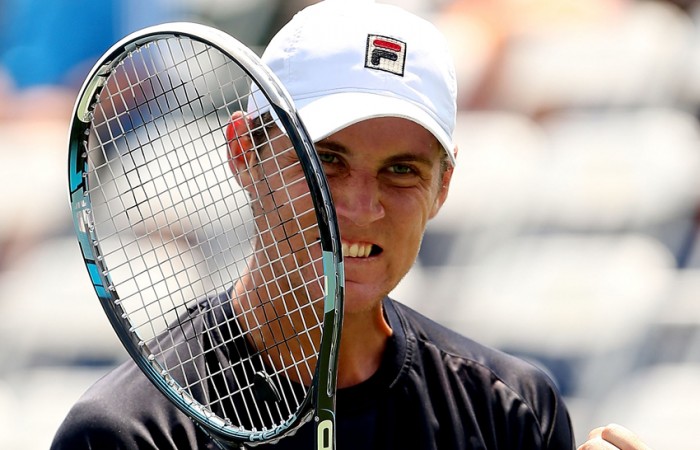 Matthew Ebden’s solid performance at the ATP Toronto Masters has seen him jump nine places in this week’s rankings, taking him to world No.71.

He now sits just two places below his career-high ranking of No.69, achieved earlier this season in May.

Ebden is currently Australia’s third-ranked male behind Bernard Tomic and Marinko Matosevic. Tomic remained at world No.49 this week, while Matosevic slipped one rung to No.64.

Rounding out the top five are Lleyton Hewitt, who stayed put at No.134, and James Duckworth, who’s ranking fell two spots to No.190.

After a lean European season where he won just four of 12 matches on clay and grass, Ebden has rebounded impressively since returning to North American hardcourts.

The 24-year-old has gone a more respectable 5-5 during this period, not counting his three-set loss in the first round of Cincinnati qualifying this week.

On the women’s side, Sam Stosur slipped one spot to No.6 after falling in the third round of the Roger’s Cup women’s event in Montreal.

Stosur, who reached the final of last year’s event when it was played in Toronto before falling to Serena Williams, was beaten in two tiebreaks by Lucie Safarova, therefore unable to defend almost 500 points earned from last year’s performance.

She swapped places with Petra Kvitova, with the Czech rising to No.5 after winning the Montreal title.

The Queenslander remains firmly entrenched within the top 10 however, sitting around 500 points ahead of seventh-ranked Angelique Kerber, and more than 2,000 ahead of No.10 Sara Errani.

There was little change in the rankings of Australia’s other women this week.

> see where the Aussie women are ranked on the WTA Tour

This week’s junior rankings remained steady, with three Australian boys – Luke Saville, Andrew Harris and Nick Kyrgios – ranked at No.3, No.7 and No.8 respectively and ensuring a strong presence in the upper echelons of the game for the green-and-gold.

Among the girls, Western Australian Storm Sanders is Australia’s top-ranked player, sitting at world No.66.

Abbie Myers joins her in the top 100 at No.76, up one place from the previous week.