Day to forget for Aussie women in Paris

It was an unfortunate day for Australia’s female contingent at French Open qualifying, with all falling in straight sets in the opening round. 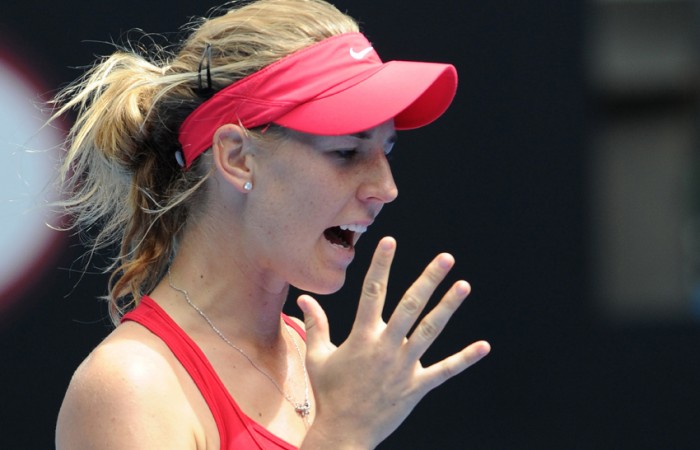 It was an unfortunate day for Australia’s female contingent in Paris, with all falling in straight sets in the opening round of French Open qualifying.

No.12 seed Olivia Rogowska lost 7-5 6-3 to China’s Shuai Zhang, a tricky opponent who was ranked inside the world’s top 75 as recently as a year ago.

After putting up a good fight in the opening set, Holland was no match for the Frenchwoman in the second, who advanced to a second round meeting with Monica Puig of Puerto Rico.

In the men’s draw, Greg Jones’ second round match with Frenchman Kenny De Schepper has been suspended until Thursday with scores locked at a set apiece.

Jones won the opening set 6-4 yet De Schepper hit back to take the second 6-3, before play was postponed.

Their match will resume as the third of the day on Court 6 at Roland Garros, with the winner to take on another Frenchman, Nicolas Devilder, in the third and final round of qualifying.

The other remaining Aussie in the draw, Marinko Matosevic, will face Marc Gicquel of France in his second round match.