Tennis great Todd Woodbridge discusses the Australians' chances at Roland Garros, and how Sam Stosur and Bernard Tomic are primed for good results. 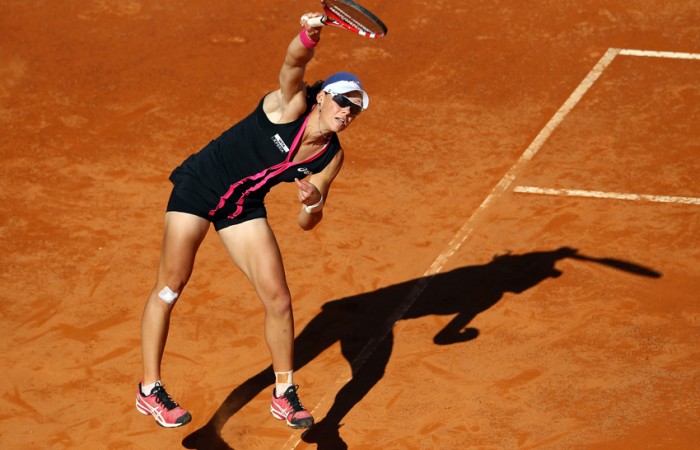 Tennis great Todd Woodbridge believes Sam Stosur is showing glimpses of the form that saw her reach the final at Roland Garros in 2010.

Woodbridge, a French Open doubles champion and now Tennis Australia’s Head of Professional Tennis, says he has seen enough of the world No.6 play this year to know that her game is in good shape as she heads to Paris.

“Her form has been a little up-and-down, but there have been glimpses to show that she can play very well,” he said.

“She’s been getting to where she should in tournaments, but no great big results have followed through.

“I think the timing might be right (for her) to go deep in Paris.”

Stosur has enjoyed a solid build-up to Roland Garros, reaching the semifinals in Charleston and the quarterfinals in Madrid to help her compile a credible 11-4 record on the dirt since April.

Apart from a surprise defeat to Czech qualifier Lucie Hradecka in Madrid, Stosur’s losses on clay this year have come against some of the best players in the game, including to Serena Williams in Charleston and Maria Sharapova in Stuttgart – both eventual champions – and Venus Williams in Rome.

Woodbridge believes some of those names will be extremely hard to stop in their quest for the silverware at Roland Garros.

“I think when you look at the field, two women are standing out right now as being big dangers – Serena Williams and Maria Sharapova,” he said.
“(They) are actually hitting their peak form at the right time, so it’s going to be tough for Sam to dethrone those two if she’s going to win the championship.”

Woodbridge says that on the men’s side, Bernard Tomic is showing encouraging form on a surface on which historically he has not performed well.

Tomic, now at a career-high mark of world No.28 and to be seeded at a Grand Slam for the first time in his career, is guaranteed not to face a fellow seed until at least the third round.

Woodbridge thinks his improved claycourt results will stand him in good stead for when he takes to the terre battue in Paris.

“(To gain) a seeding at 19 years-of-age at a Grand Slam, there aren’t too many in the world that have been able to achieve that over the last 10 years, so it’s pretty impressive,” he said.

“His performances have been good this year on clay. They’ve really improved from what they’ve been in previous years; he’s winning matches against good claycourt players, and that’s a good sign.

“The clay courts in Paris are a little faster, they’ll suit his slice backhand, and there’s a real opportunity for him I think to go a lot further than what he has before.”

Woodbridge ties Tomic’s improvement on clay to his hard work off the court to enhance his conditioning.

“What’s been noticeable is how much he’s worked on his agility and footwork, and that’s the area on clay which gets exposed for him , so he’s obviously improved that,” he commented.

“That’s the area we’ll have to watch a lot of when we get to Paris, because he’s not a natural slider, he’s more of a hardcourter, likes the grasscourts (and) the lower bouncing courts, and clay is always going to be a harder surface for him.

“But if he continues to improve the strength and physical aspect of his game and the footwork, he’s going to get a good outcome.”

Someone hoping for a better outcome will be Aussie men’s No.2 Matthew Ebden, who so far in 2012 has yet to win a match on clay.

According to Woodbridge, Ebden will have some extra incentive as he embarks on his first ever main draw appearance at the French Open.

“It’s a big ask for him and it’s not his favourite surface … I know he’s looking forward to the surface changing to green, because he grew up in Perth on grass and I think (that is) where we’ll see some better performances from him,” he admitted.

“But it’s a big fortnight for him, because if he can perform well it also will guarantee him a spot on the Olympic team.”

Another player who prefers faster surfaces, Lleyton Hewitt, was not originally intending to come back in time to contest a claycourt event, his focus instead on returning on grass at Queen’s Club, Wimbledon and the Olympics.

Yet having recovered more quickly than expected from foot surgery and practising hard, the Aussie veteran is Paris bound, receiving entry into the French Open main draw by way of a reciprocal wildcard.

Woodbridge says that Hewitt, a French Open quarterfinalist in 2001 and 2004, remains a dangerous prospect and an opponent players will be hoping to avoid in the draw.

“He’s been gunning practice the last couple of weeks … mentally he’s relaxed and ready to play, and he’s already  in Paris with Tony Roche practising as we speak.”