Marinko Matosevic has been rewarded for his solid form in 2012 with a wildcard into the Sony Ericsson Open in Miami. Olivia Rogowska also received one. 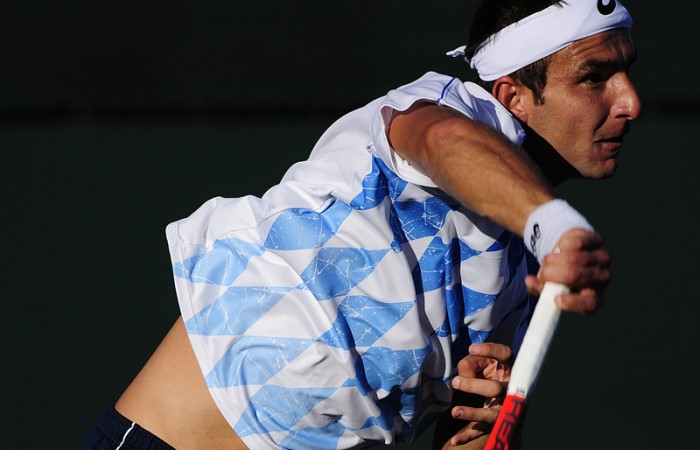 Late-blooming Marinko Matosevic believes “anything’s possible” after being rewarded for his impressive form surge with a wildcard into this week’s prestigious Sony Ericsson Open.

The 26-year-old Victorian has slashed his world ranking by almost 100 spots in two months to a career-high No.122 – and has no plans of stopping.

The ATP recognised Matosevic’s charge to the Delray Beach final from qualifying last month and second-round showing at the Indian Wells Masters with direct main draw entry into the $3.76 million “fifth major” in Florida.

“Miami gets windy, guys get injured, so hopefully I don’t get any of the top four guys early and the draw opens up for me.”

He meets struggling Dutchman Robin Haase first up and is projected to play Murray in the fourth round if he can continue his strong run.

After four straight first-round defeats to open the year, Matosevic burst to life with a Challenger title breakthrough on Queensland’s Sunshine Coast before reeling off seven successive wins to reach his maiden ATP Tour final at Delray Beach.

“To be honest, I feel like I’ve been playing some really good tennis since last year’s US Open,” he said.

“I got a wildcard there as well but I injured my ankle in the first couple of games against (Juan Ignacio) Chela.

“I just didn’t have any matches under my belt, but I still managed to qualify for a few events after that basically on one leg and then it all really turned around for me in Caloundra.

“I got through one long, tight match in particular in the quarterfinals. That gave me some confidence and that was the start of it.”

“Pat Rafter and Tony Roche and Todd Woodbridge have shown great faith in me, despite some disappointing results.

“I think it’s every kid’s dreaming growing up in Australia to play Davis Cup.”

Matosevic’s other big aim is to crack a grand slam match win after 13 failed attempts to make it beyond the first round.

“That’s the goal – first to make the top 100 which would give me direct entry to all the slams and most ATP events and then to win a match,” he said.

“The slams are where you want to play your best tennis.”

Rogowska currently sits at world No.115, down slightly from her career-high mark of No.111, which she achieved on 5 March.

Like Matosevic, the 20-year-old has been recognised by Miami tournament organisers for her impressive achievements in the first part of the 2012 season.

Opening her year on a strong note by reaching the second round at the Australian Open, Rogowska rode this momentum into February. She won the Pro Tour title in Burnie before reaching her first ever WTA-level quarterfinal at the Malaysian Open in Kuala Lumpur.

She will take on a qualifier in her opening match, with the winner to take on No.17 seed Shuai Peng of China.