Victorians Sally Peers and James Lemke will lead an impressive cast when they head to next week's Ipswich Tennis International to defend their titles. 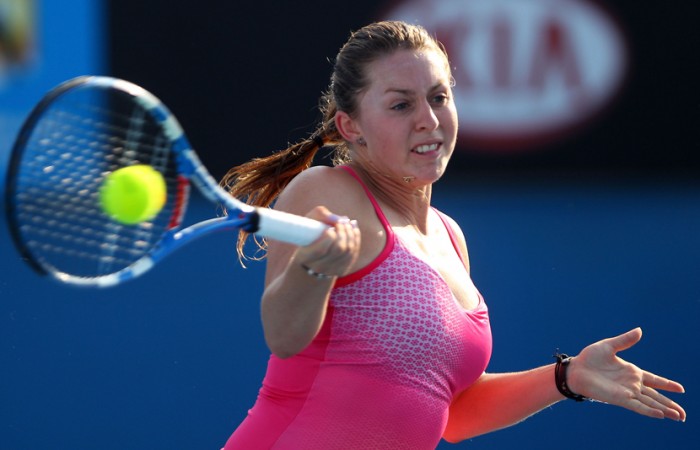 The Australian Pro Tour will gain momentum once again when it heads to Queensland for the City of Ipswich Tennis International, to be held at George Alder Tennis Centre from 17-25 March.

Ipswich residents will have the opportunity to watch both Peers and Lemke and a host of top Australian and international tennis players in action when they vie for USD $40,000 in total prize money and vital ranking points.

In the women’s draw, Peers will be joined by a number of fellow Australians including Isabella Holland (St Lucia, Qld), Sacha Jones (AUS), Monique Adamczak (NSW) and Arina Rodionova (Vic).

Last year’s Wimbledon junior champion Ashleigh Barty (Springfield, Qld) will also play in the main draw as she looks to continue her formidable winning streak on the Pro Tour circuit, after winning titles in Sydney and Mildura last month.

Sam Groth (Templestowe, Vic), who is on the comeback trail, and 2012 Mildura finalist Brydan Klein (Warnbro, WA) are also set to compete.

Clint Fyfe, Managing Director of TFP Academy welcomes the tournament back for another year.

“This is the fourth year of the event and TFP Academy (George Alder Tennis Centre) is really proud to be a continued supporter.

“It’s great for Australian tennis to have tournaments like these on real clay courts. It’s also good for the local community as they get to experience high level tennis, with many of the local businesses receiving a financial boost.

“The Ipswich City Council needs to be complimented for their work in securing these events. They are such a proactive council and recognise the enormous benefits of staging the Pro Tour in Ipswich,“ Fyfe continued.

As well as hosting the City of Ipswich Tennis International, Ipswich will host the Optus National Claycourt Championships, Queensland Junior International and Gallipoli Youth Cup Junior ITF as part of the city’s ‘Festival of Tennis’ during March and April.

Ipswich Mayor Paul Pisasale said the city was excited to serve up seven weeks of tennis at the George Alder Tennis Centre.

“Ipswich is a sporting city and it is tremendous to have events and players of this calibre competing in the city. More than 200 players from around the world will take to the clay court and gain international points.”

The City of Ipswich Tennis International is part of the 2012 Australian Pro Tour, a series of professional tennis events that bridge junior events and the ATP/WTA Tour, providing an opportunity for players to earn their first world ranking points.