Marinko Matosevic kept his excellent form going in the US with a win in the first round at Indian Wells, while compatriot Bernard Tomic fell in three sets. 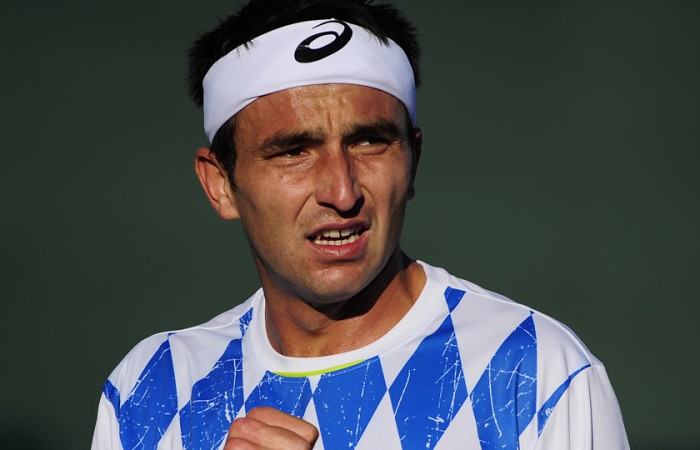 Marinko Matosevic has continued his stellar spring hardcourt season in the United States, breezing through his first round match against Belgian Ruben Bemelmans at the BNP Paribas Open.

In a battle of the qualifiers, Matosevic beat Bemelmans 6-2 6-3 to set up a second round showdown against No.9 seed Juan Martin del Potro. He completed the rout in one hour and nine minutes.

The win means Matosevic has now won 10 of his 11 matches, after his run to the final in Delray Beach last week and then coming successfully through two rounds of qualifying at Indian Wells this week.

Meanwhile, Aussie men’s No.1 was not so lucky, losing a tough battle against Luxembourg’s Gilles Muller.

Tomic, the world No.36, took the opening set against the big-serving left-hander – who smacked 23 aces throughout the match – but fell in the second-set tiebreak.

His resistance completely crumbled in the third, and Muller wrapped up the 4-6 7-6(4) 6-0 victory in one hour and 41 minutes, moving into the second round where he will meet 10th seed Janko Tipsarevic.