At the rain-plagued Malaysian Open, Olivia Rogowska returned to court to finish her quarterfinal against Elini Daniilidou, eventually falling in three sets. 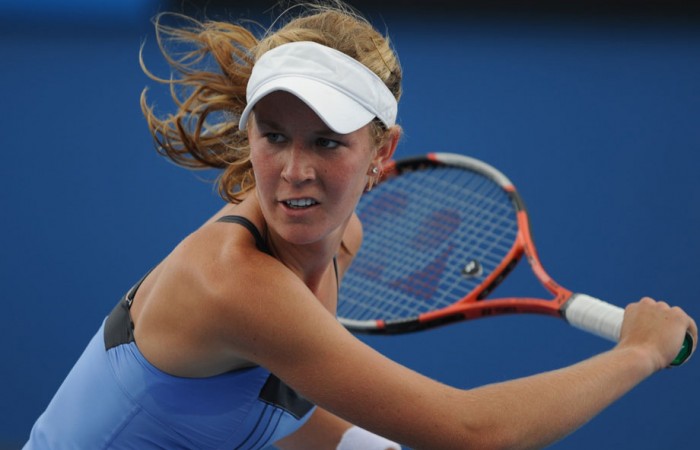 Australia’s Olivia Rogowska lost in three sets to Eleni Daniilidou of Greece on Saturday in the Malaysian Open tennis quarterfinals.

Rogowska went down 6-2 3-6 6-2, with rain having suspended play on Friday with Danilidou leading by a set and 3-2.

Daniilidou only had a few hours of rest before she faced Taiwan’s Hsieh Su-Wei in the semis, and ended up losing 6-0 4-6 6-1, handing Hsieh a place in her first career WTA final.

Former world No.1 Jelena Jankovic from Serbia advanced to the semifinals after her opponent – Japan’s sixth-seeded Ayumi Morita – pulled out because of a shoulder injury at the Bukit Kiara Equestrian and Country Resort in Kuala Lumpur.

Second-seeded Jankovic, ranked 14th in the world, will play No.5 seed Petra Martic of Croatia.

The tournament has been hit by injuries and rain delays. Top seed Agnieszka Radwanska of Poland withdrew on Friday due to an elbow injury.