Australia's John Millman scores a first-round win at an ATP 250 tournament in Serbia. 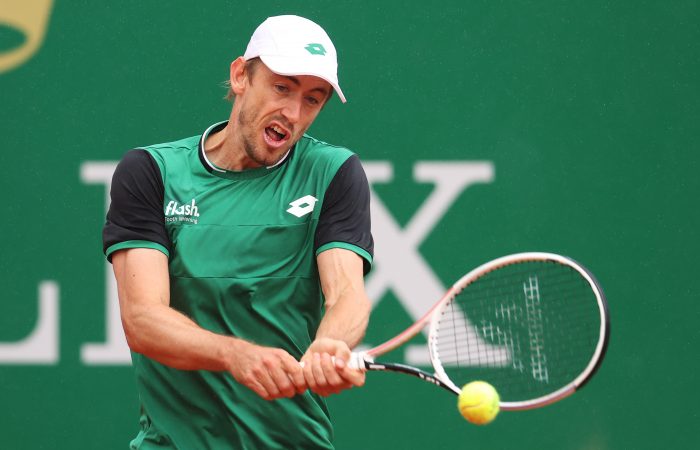 John Millman is through to the second round at an ATP 250 tournament in Belgrade.

The seventh-seeded Australian recorded a 7-5 6-4 victory against Serbian wildcard Danilo Petrovic, overcoming the world No.157-ranked local hope in one hour and 51 minutes.

Millman returned well against his towering opponent, winning 46 per cent of points on Petrovic’s serve and earning 17 break point opportunities.

He next faces either Uruguay’s Pablo Cuevas or Finland’s Emil Ruusuvuori in the second round.

Ash Barty has made a successful return to European red clay, scoring a first-round doubles win in Stuttgart.

Barty teamed with American Jennifer Brady to record a 6-3 6-1 victory against American duo Kaitlyn Christian and Sabrina Santamaria at the WTA 500 tournament.

The world No.1 has a first-round singles bye. She will play either German Laura Siegemund or Mona Barthel in the second round.

Jordan Thompson is celebrating his 27th birthday today – but his focus will be on a first-round showdown with France’s Richard Gasquet at an ATP 500 tournament in Barcelona.