Sharapova moves to No.2

Maria Sharapova's excellent start to 2012 has continued with the Russian hitting world No.2 after a quarterfinal finish at the Paris indoor event. 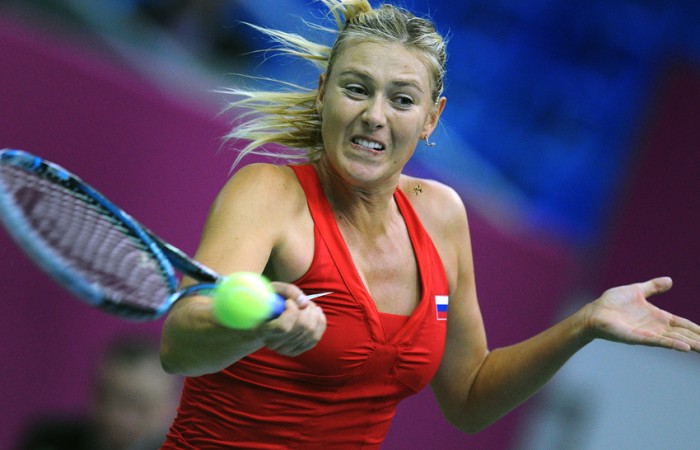 Sharapova was beaten in the quarter-finals of the Paris Open last week by Germany’s Angelique Kerber, who went on to take the title, but the former world No.1 benefitted from the absence of last year’s Paris winner Kvitova.

Kvitova drops to third while Kerber moves up five places to 22nd.

Sharapova’s ranking continues to soar after her most impressive season following a devastating shoulder injury that kept her off tour for almost a year from 2008 to 2009.

The Russian began the 2011 season barely within the top 20, before a string of excellent results helped her to re-establish herself within the upper echelons of the game.

She captured Premier titles in Rome and Cincinnati and reached her first Grand Slam final in almost four years at Wimbledon, while other highlights included a runner-up finish at the Miami Masters event and semifinals at Roland Garros and Indian Wells.

Sharapova has continued her good form early in 2012, progressing to the final at the Australian Open before falling to new world No.1 Victoria Azarenka.

Her next scheduled event is at Indian Wells in March.