Rogowska and Udomchoke prevail in Burnie

The Australians dominated on finals day at the 2012 McDonald’s Burnie International. 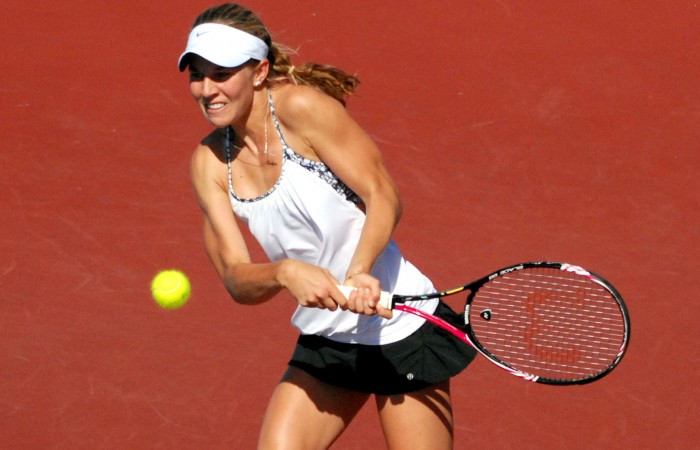 The Australians dominated on finals day at the 2012 McDonald’s Burnie International.

In the strongest field we have seen on both the men’s and women’s side, Olivia Rogowska was crowned women’s singles champion and John Peers and John-Patrick Smith combined to take the men’s doubles title.

The women began proceedings at 4pm under the North Tasmanian sunshine. The second seed Rogowska took on the 16 year old that everyone is talking about, Irina Khromacheva of Russia.

It was a battle of two opposing styles as Rogowska is the counter puncher and takes time to find her rhythm, Khromacheva on the other hand doesn’t know the meaning of the word “patience”.

Rogowska looked to negate the aggressive play of the Russian in the early stages of the first set and she did this with success. Rogowska’s backhand and serve were proving difficult to handle and the 20 year old Victorian appeared in control of proceedings “I was told to stay positive and stay aggressive and I moved her around a lot and I thought I played really well,” Rogowska said.

Rogowska seemingly cracked her younger opponent and Khromacheva showed obvious signs of fatigue throughout the second set. Rogowska celebrating her first title of 2012 by dropping her racquet and raising her arms skyward.

In the evening match it was the Men’s Singles final with the wildcard Sam Groth of Australia taking on 6 seed Danai Udomchoke of Thailand.

In another match of contrasting styles it was to be Groth’s dynamic power versus Udomchoke’s fitness and agility.

The first set was the modern day tussle with both players holding serve until we reached a tiebreaker. Groth showed signs of fatigue and a loss of concentration which Udomchoke seized on and took the decisive first set 7-5 in the tiebreak.

The task then became a mountain too high to climb for Groth as he struggled to maintain his focus and was regularly frustrated by his opponent’s striking consistency.

Udomchoke took the second set 6-3 and the Burnie title, and now leads the head to head record 2-1. The quiet man from Thailand now hopes to return to his previous position in the world’s top 100.