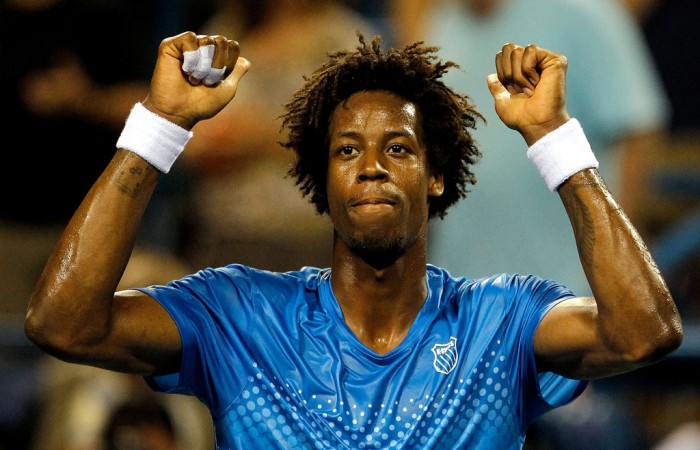 World No.10 Monfils, bidding for a place in the year-ending ATP World Tour Finals next month in London, solidified his position as he rallied past the 29th-ranked Canadian who is only three tournaments into a comeback following hip surgery in July.

A second career title for the 30-year-old will be on the line against Monfils, who beat him in the Bangkok quarter-finals three weeks ago.

Nieminen won his only title to date in Auckland five years ago but has lost five finals since, including at the hands of Blake in Stockholm in 2006.

Monfils dropped the first set against Raonic in a tiebreaker and was down a break in the second before making his move.

The top seed, making his Stockholm debut, levelled at 4-4 and broke two games later to breathe new life into the contest.

The Frenchman went up 4-2 in the third set after Raonic saved a pair of break points, and served out the victory after two hours and nine minutes on court.

“My game plan (moving Raonic around) worked,” he said.

“It’s never easy to make a comeback but I stuck to my plan. I got a bit angry in the tiebreaker but steadied after that.

“I thought the match was good from my side. He was getting tired at the end.

“The final will be tough, Jarkko’s a big fighter. I will have to review what I did in Bangkok and improve on it. I’m expecting a tough battle form the baseline.”

Blake, plagued by several seasons of injuries, began his week by eliminating second seed Juan Martin Del Potro, while Nieminen put out third seed Stanislas Wawrinka in the second round.

For Blake, ranked 69th after years in the Top 10, this was only his third defeat in Stockholm.

“I had chances and I didn’t take them. Jarkko played more aggressive and served better than I’ve even seen him do. He deserved to win.

“I get frustrated when I know I’m not playing my best. I’m fine physically, the shoulder and the knee. He made me play his way. He was aggressive and forced himself on me.”

Nieminen, who almost matched Blake with five aces to the American’s six and broke five times in a victory lasting just over two hours, found little fault with his performance.

“This was pretty close to my best,” said the Finn.