Kokkinakis bows out in Adelaide semifinals

Thanasi Kokkinakis' winning runs ends at the Adelaide International, the Australian bowing out to No.1 seed Gael Monfils. 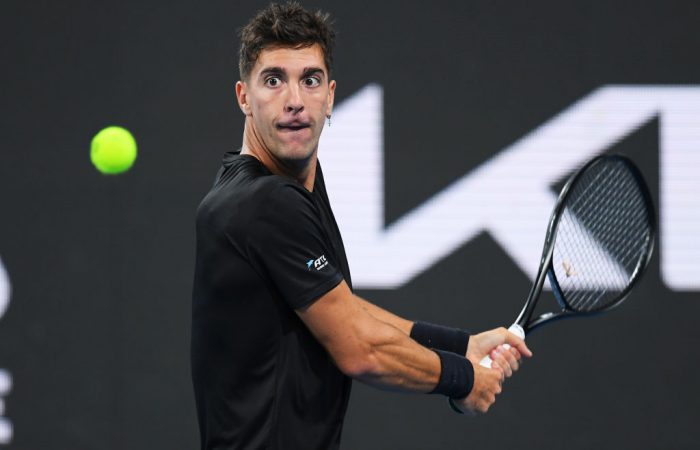 World No.21 Gael Monfils has ended Thanasi Kokkinakis’ dream run at the Adelaide International in the semifinals.

The nine-time Grand Slam quarterfinalist produced his full array of tricks against the Australian to prevail 7-5 6-0.

Kokkinakis has spent more time on court in Adelaide this week than any player in either the men’s or women’s draws. He was subsequently granted a wildcard entry into Australian Open 2022.

The first set started at a frenetic pace, with Monfils holding serve in 59 seconds, before Kokkinakis did the same in just under 90 seconds.

The first nine points of the match only saw the ball touch the racquet 11 times as both men settled into a serving rhythm.

Monfils generated two break points in the fourth game of the opening set, but Kokkinakis served his way out of trouble.

Monfils would match that effort in the fifth game of the set, digging himself out of a 15-40 hole.

Kokkinakis got to deuce twice more on the Monfils serve without quite landing the break, and it was Monfils who eventually seized the opportunity. He played two extraordinary forehands in the 12th game to land the break and claim the opener 7-5.

Monfils capitalised on his momentum by breaking immediately in the second set.

He followed it up with another, built on the back of some extraordinary ball striking, and took take an unassailable 4-0 lead in the process.

He now goes on to play world No.29 Karen Khachanov of Russia in the final, with the Frenchman relishing the chance to start his season in Australia.

“Times are tough at the moment, so to play here in front of packed stadiums like this is really great.” Monfils said on court after his victory.

For Kokkinakis, it was a tremendous week in his home city as he reached his first ATP level semifinal since 2017.

His clash with Frances Tiafoe on Wednesday finished beyond midnight, and his quarterfinal victory over Mikael Ymer ran even later.

The amount of time on court, the confidence gained, and the form shown should serve him well ahead of his sixth main draw Australian Open campaign.

Kokkinakis’ Adelaide run will produce a significant rankings boost, with the world No.171  likely to return to the top 150 for the first time in three years.

He has a chance to build on that progress with his Australian Open wildcard.

“I’m definitely stoked and thankful to TA (Tennis Australia) for that.

“As I said to them on the phone, I’m hoping I won’t need another one and that’s my goal,” he commented yesterday.

“My goal is definitely to play out the year and have a good year and not need to rely on anyone for any wildcards again.”