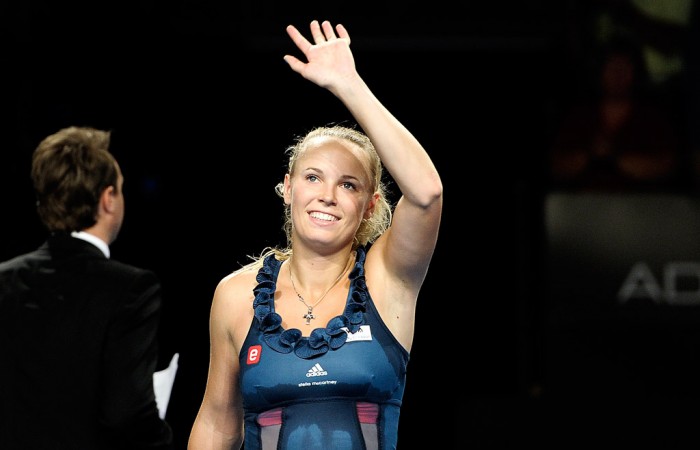 Wozniacki has not lost a set all week in Copenhagen, and the 20-year-old Dane dominated from start to finish to claim her fifth WTA title of the year in front of a sellout home crowd at the indoor Farum Arena.

“I’m so pleased to have won for the second year in a row,” Wozniacki said.

“It’s a special feeling on my home court, but it wouldn’t have been quite so special without the support.”

Wozniacki made a flawless start in the final, finding accurate forehand and backhand winners from all corners of the center court.

The 38th-ranked Safarova, by contrast, had lost the first set all her matches in the tournament, and on Sunday she again started poorly in an error-strewn opening set.

As in previous matches, the Czech lefty gradually upped her game, but against the world No.1 there was to be no repeat of her earlier comebacks.

Safarova converted her only break point in the match to level the second set at 2-2, but Wozniacki sealed the win in one hour and seven minutes.

In defending her title in Copenhagen, Wozniacki brought her total number of WTA titles to 17.

Despite her dominance on the WTA circuit, Wozniacki has yet to win a major. The former junior Wimbledon champion will again aim to silence the skeptics when the year’s third grand slam begins at the All England Club on June 20.