No joy for Roddick in Rome

France's Gilles Simon piled more clay court misery on American Andy Roddick to advance to the second round of the Rome International. 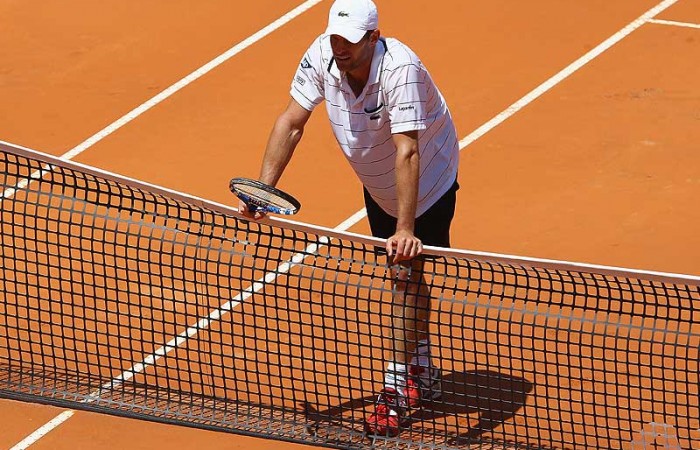 The player from Nice came away 6-3 6-3 winner against the No.12 seed and next meets either Argentine Ignacio Chela or American John Isner.

“I played a good match in difficult windy conditions,” said Simon. “Even if Andy is more at ease on this fast surface, 6-3 6-3 against him, for me, it’s a very good result. I’ve been playing good tennis for some weeks.”

For Roddick it was a second first round clay-court exit in as many weeks after falling a week ago at the Madrid Open.

“He moves very well, which you don’t want to see when you are short of matches like I was today, when you are not getting clean hits,” said Roddick.

“We soon got into rallies and it became a battle striking the ball in movement, I was coming second sometimes.”

There was bad news for fellow Frenchman Gael Monfils who was forced to withdraw from the tournament citing illness.

“I’m not 100 per cent, I don’t have any energy,” said 10th seed Monfils, who had been due to play Japan’s Kel Nishikori in the first round.

“I haven’t felt well for a week. I’ve caught something, I’m not sure what. I’m going to have tests to see what will happen.”

Madrid Masters champion Novak Djokovic’s next opponent as he bids to extend his victory streak to 35 matches this year will be Poland’s Lukasz Kubot, who gained an impressive 7-6 (7-1) 2-6 6-2 victory over Uruguayan claycourt specialist Pablo Cuevas, who was a semi-finalist at the recent Estoril Open.

Spaniards Lourdes Dominguez and Anabel Medina Garrigues advanced to the second round.