World No.1 Caroline Wozniacki has launched her clay court season with a victory over Elena Vesnina in the final of the Family Circle Cup final. 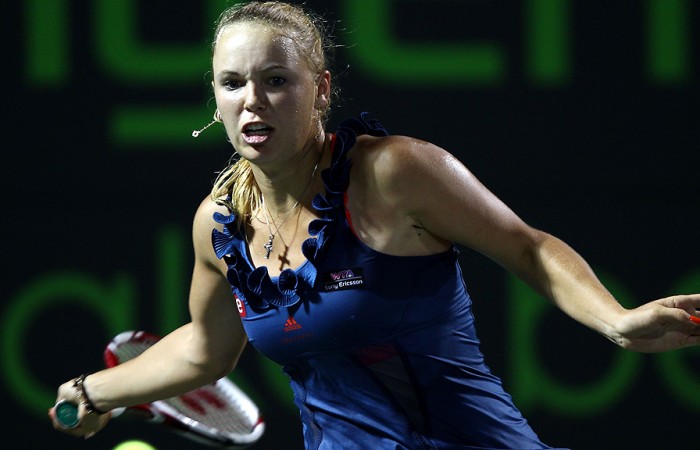 World No.1 Caroline Wozniacki captured her third title of 2011 on Sunday, launching her clay court season with a victory over Elena Vesnina in the Family Circle Cup final.

The top-seeded Dane defeated Vesnina 6-2 6-3 to add the title to those she won at Dubai and Indian Wells, California, and admitted the triumph on Charleston’s green clay had her looking ahead to the red clay of Roland Garros.

“I feel confident and I know I can win a Slam,” said Wozniacki, who has climbed to number one without triumphing in one of tennis’ four major championships.

“It’s all about getting everything together,” added Wozniacki, whose best Grand Slam finish was runner-up at the 2009 US Open.

She had a match point against Li Na but eventually fell to the Chinese player in the semifinals of this year’s Australian Open.

“The draw has to fit, I have to play well for two weeks, things like that all have to work together,” Wozniacki said.

She showed her toughness this week. She dropped just one set in five matches, to Barbora Zahlavova Strycova in the quarterfinals, and defeated former number one Jelena Jankovic in straight sets to reach the final here for the second time.

Wozniacki saved all four break points she faced against 56th-ranked Vesnina, including two in the seventh game of the second set to douse the Russian’s best chance to mount a challenge.

“Sometimes you feel like she’s everywhere on the court,” Vesnina said.

Vesnina Russian managed to hold on under pressure through much of the second frame, fending off five break points before Wozniacki finally broke for a 5-3 lead.

Wozniacki then served out the match, taking the title on her first match point.

Vesnina had toppled four seeded opponents to reach the championship match. But she sounded like all of Wozniacki’s opponents this week as she marveled at the way the Dane finds ways to win.

Wozniacki fell to Sabine Lisicki in the 2009 Charleston final, then made a disappointing injury exit last year after hurting her ankle in the semifinals.

“This has always been a great tournament for me,” she said.