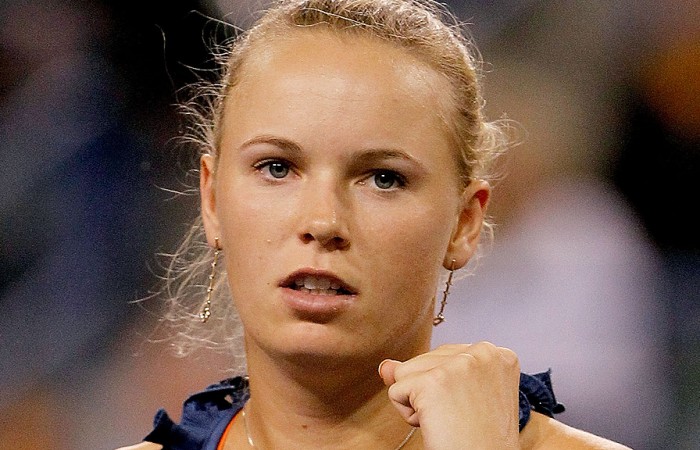 World No.1 Wozniacki demolished her Russian opponent 6-1, 6-2 in front of a crowd of about 7,000 to set up a clash with France’s Marion Bartoli.

“It was very important for me to play good defence today, because Maria is hitting the ball hard,” Wozniacki said.

“But still, at the same time, you are not allowed to give her too many short balls and to let her dictate too much because then she’s very dangerous. So it was important to keep depth to my shots and make her move.”

Speaking about her opponent in Sunday’s final, the 20-year-old said of Bartoli, who beat Yanina Wickmayer of Belgium 6-1 6-3: “Marion is a player who is also trying to play very aggressively, taking the ball early.

“She’s not going to give me a lot of free points.”

“I haven’t thought about the match yet. Right now I’m just pleased about today. I’m gonna enjoy [a day off] tomorrow, and we’re gonna see what’s gonna happen on Sunday,” she added.

Wozniacki is in a rich vein of form, reaching her third straight final after winning in Dubai and finishing as runner-up at Doha.

Sharapova struggled hugely with her serve on Friday as she made eight double faults and won just 43 per cent of her first serve points in the 80-minute night match.

The Russian held serve just once, in the third game of the second set.

“I didn’t feel it quite that well today,” said Sharapova.

The 23-year-old has not reached the same heights since she had shoulder surgery in 2008 but feels she is improving. She has been working with her coach to try and revamp her serve.

“I’m getting there,” Sharapova said. “I’m working a little bit on the serve stance. I think little by little you eventually feel more confident.

“Especially going from the first serve to the second serve and working on a few more spins. That’s I think been the toughest challenge since my surgeries, is feeling the kick and then the slice. That came a little more naturally to me before.”

Wozniacki has now reached her second straight final at Indian Wells, which is a WTA and ATP tournament. She lost last year to Jelena Jankovic 6-2, 6-4.

Bartoli, seeded 15th, hammered 10 aces on her way to victory over Belgium’s Wickmayer in the other semi-final.

“I am so happy to be in the final because Indian Wells is one of my favorite tournaments. I played great even though I got tense on my serve in the second set,” Bartoli said.