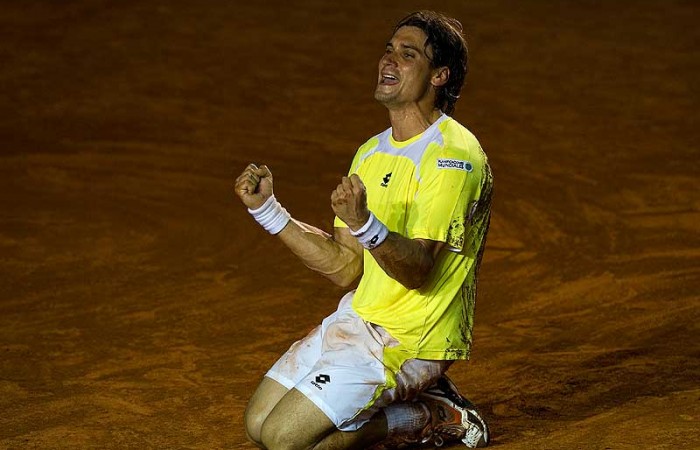 It was Ferrer’s 11th career title and second Mexican Open, after winning the same event here last year and extends his career head-to-head record to 6-0 against Almagro.

Almagro, the third seed, was bidding to become the first player to win three of the four events on the ATP Tour’s Latin American clay-court season, after winning tournaments in Argentina and Brazil the last two weeks.

Ferrer converted the first six break points he earned in the final and was only denied his seventh when Almagro made a clutch forehand that landed on the line to save a match point in the seventh game of the third set.

Ferrer has started the season with 14 wins from 16 matches, a record that includes titles in Auckland and Acapulco, and a semi-final run at the Australian Open.

Almagro, the third seed, came into the final on the back of a 13-match winning streak after claiming titles in Argentina and Brazil in the past two weeks.

On the women’s side of the joint ATP-WTA event, Gisela Dulko of Argentina defeated Arantxa Parra Santonja of Spain 6-3 7-6 (7-5) in the final.

It was Dulko’s fourth WTA title.

Parra Santonja has now played in two finals and is still looking for her first title.