Jordan Thompson, the last Australian man standing at the 2019 French Open, faces Juan Martin del Potro for a place in the fourth round. 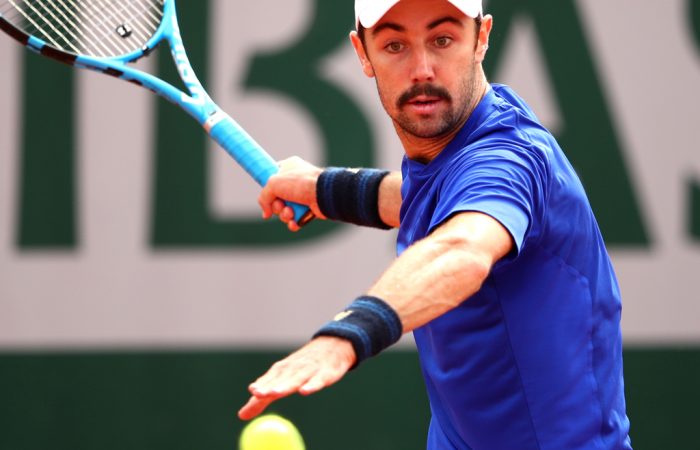 Thompson, the last Australian man standing in the French Open, will play the eighth-seeded Argentinian in Saturday’s third round.

A win would make him the first Australian male into the last 16 since Lleyton Hewitt, who did it for the fifth and final time of his career in 2007.

Former US Open winner del Potro was a semifinalist in Paris last year and his forehand remains one of the biggest weapons in tennis.

But the 30-year-old is vulnerable, scraping through a five-set battle in the second round despite repeated visits from the trainer and heavy strapping on his knee.

The tour favourite broke his kneecap last year and missed the Australian Open as a result, while del Potro has also reported hip soreness at Roland Garros this week and spent a career battling wrist injuries.

Del Potro conceded all that was on his mind as he picked and chose his moments to chase Japanese opponent Yoshihito Nishioka’s best efforts in the energy-sapping win.

“After all I have gone through, my feelings in my knee, I had to be careful and fight mentally during those games to make the best decision and decide what I had to do to play correctly,” del Potro said of his decision not to chase every ball.

“It was costing me to move and to play, but if you’re strong mentally, the passion, the desire to play and to compete is what takes over.”

Thompson would have been watching with interest, hoping more near-flawless tennis will stretch the 198cm talent too far.

The 25-year-old made just five unforced errors and didn’t face a break point against Ivo Karlovic as he progressed to the third round of a Grand Slam for the first time.

Thompson’s ability to nullify the 40-year-old’s huge serve and exploit his immobility from the baseline could be just as effective on Saturday.

“I’ve never been in a third round before – I want to keep going, don’t want to stop there – but I should be going out there playing freely.”