Nick Kyrgios misses out on a quarterfinal place in Cincinnati as he goes down in three sets to Juan Martin del Potro. 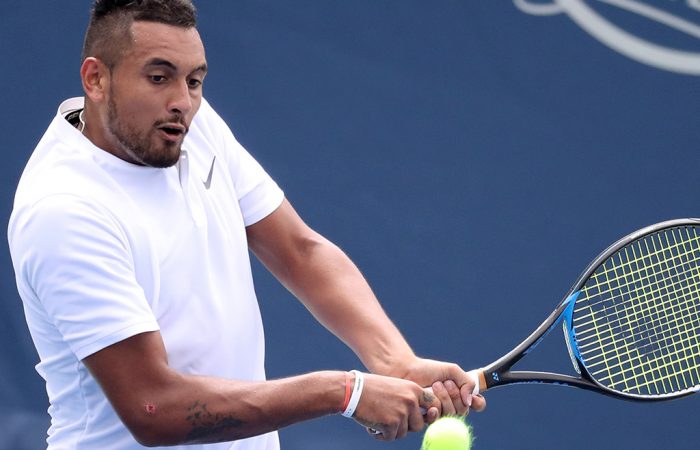 World No.3 Juan Martin del Potro withstood a Nick Kyrgios fightback to reach the quarterfinals at the Western & Southern Open in Cincinnati.

The Argentine came through the first meeting between the pair 7-6(4) 6-7(6) 6-2 and goes on to face Belgian David Goffin in the last eight.

Kyrgios, last year’s runner-up, fired down 29 aces to Del Potro’s 19 but the Australian was unable to convert the one break point that came his way in the opening set.

It took until the third set for Del Potro to make the breakthrough, as he recovered from dropping the second set to break the Kyrgios serve twice on his way to clinching the decider.

Kyrgios, who played with both knees heavily taped this week, will now focus on preparing for the US Open, which gets under way in New York on 27 August.