2009 US Open champion Juan Martin del Potro made a flying start to his tennis comeback after a year sidelined with injury and has set his sights on reclaiming a top ten ranking. 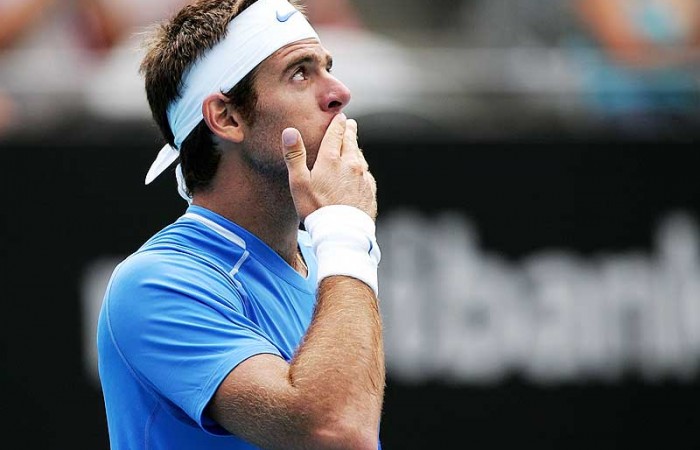 2009 US Open champion Juan Martin del Potro made a flying start to his tennis comeback after a year sidelined with injury and has set his sights on reclaiming a top ten ranking.

His Sydney International first-round encounter with Spanish sixth seed Feliciano Lopez went down to the wire, the Argentinean former world No.4 eventually taking it out 6-7 (5-7) 7-6 (9-7) 7-6 (7-3) on Monday.

It was the first time since 2006 that a men’s singles match at the event had gone to three tiebreak sets, lasting three hours and twenty minutes to give del Potro the match practice he so desperately needs after being out of competition with a wrist injury since last January.

“I need matches and matches, practice, and work,” the towering Argentinean said after the win.

Battling depression during his time off the court as he pondered the frightening prospect that his career could be over at just 21, a win was the perfect tonic in his comeback match.

“It’s a good sensation. I feel happy for my victory, for everything,” he said.

“I really like this life, you know. If you can play without pains, it’s much better.”

And while the victory has no doubt boosted the Argentinean’s confidence he’s making sure he keeps things in perspective.

“I know I’m very calm, because it’s a long road, a long way to play good tennis again or to feel good again on the court,” he said.

“But today I beat one top 30 player. If I can play with them, maybe in the future I can play like two years ago and be in the top 10 players.”

He will meet German Florian Mayer in the second round after he beat James Ward 7-5 6-0.

In a blow to tournament organisers, crowd favourite and defending champion Marcos Baghdatis pulled out of the event due to a groin injury.

The second-seeded Cypriot, replaced in the draw by world No.72 Lukasz Kubot of Poland, will now focus on treatment in the hope of being fit for next week’s Australian Open in Melbourne.