Tomljanovic charges into Wimbledon third round 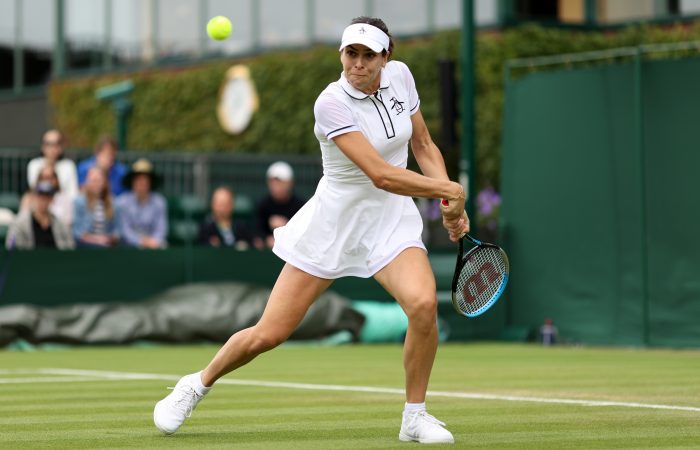 The world No.44 booked her spot in the third round with a 6-2 6-2 victory against American qualifier Catherine Harrison today.

It was a confident performance from Tomljanovic, who is the last remaining Aussie in the draw. She struck 15 winners and won 83 per cent of first serve points.

World No.262 Harrison, who had won four consecutive matches without conceding a set in a career-best Grand Slam run, simply had no answers. Nine double faults and 33 unforced errors also proved costly.

This marks the fifth time that Tomljanovic, contesting her 31st Grand Slam main draw, has progressed to the third round at a major tournament.

The 29-year-old’s best Grand Slam result is a quarterfinal run at Wimbledon last year, which is providing extra confidence in her seventh main draw appearance at the All England Club.

“At the same time, this is a completely new year, and you can’t kind of ride the wave from last year just because you have done well, you know,” Tomljanovic noted earlier this week.

“If you want to do well again, you have to prove it again that you can do it.”

To continue her winning march this year, Tomljanovic will need to beat No.13 seed Barbora Krejcikova from the Czech Republic in the third round.