Roland Garros 2022: Five Aussies in action on day one

Thanasi Kokkinakis, Astra Sharma and Alexei Popyrin are among five Australians in action on day one at Roland Garros 2022. 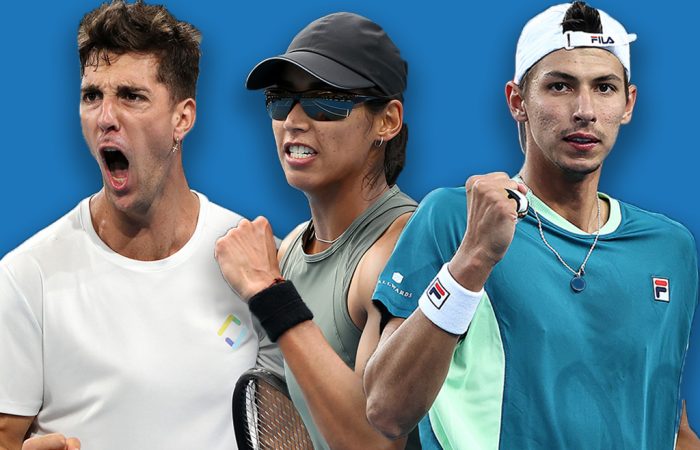 Five Australians are scheduled to compete on the opening day, with play hitting off from 7pm AEST. Roland Garros is broadcast in Australia on the Nine Network and Stan Sport.

[WC] Chris O’Connell (AUS) v Aljaz Bedene (SLO)
Men’s singles, first round, Court 8, first match (from 7pm AEST)
Momentum is on O’Connell’s side in this match-up, with the world No.123 winning 12 of his past 16 matches on clay. This includes a title-winning run at an ATP Challenger in April and scoring a first top-50 win on clay last week. Bedene, a 32-year-old from Slovenia ranked No.175, recently returned to the tour from a seven-month injury lay-off and has scored one win from his past four events.
Head-to-head record: First meeting

Alexei Popyrin (AUS) v Fabio Fognini (ITA)
Men’s singles, first round, Court Simonne-Mathieu, third match
Popyrin arrives in Paris on a five-match winning streak, following a confidence-boosting title-winning run at an ATP Challenger earlier this month. However, the world No.103 faces a difficult challenge in the opening round. Fognini, a 34-year-old currently ranked No.52, is a former top-10 player and has advanced to the third round at Roland Garros nine times previously.
Head-to-head record: Fognini leads 1-0
Last meeting: Fognini won 6-2 6-4 (Basel, 2019)

Astra Sharma (AUS) v Varvara Gracheva (RUS)
Women’s singles, first round, Court 8, third match
Sharma is making her third Roland Garros main draw appearance. The world No.144 has produced some of her best results on clay, including a quarterfinal run in Rabat last week and is aiming to advance to the second round at Roland Garros for the third consecutive year. Standing in the 26-year-old from Perth’s way is world No.71 Gracheva, a 21-year-old who made the third round in Paris last year.
Head-to-head record: First meeting