Australians Max Purcell, Jason Kubler and Aleksandar Vukic are all hoping to qualify at Roland Garros 2022. 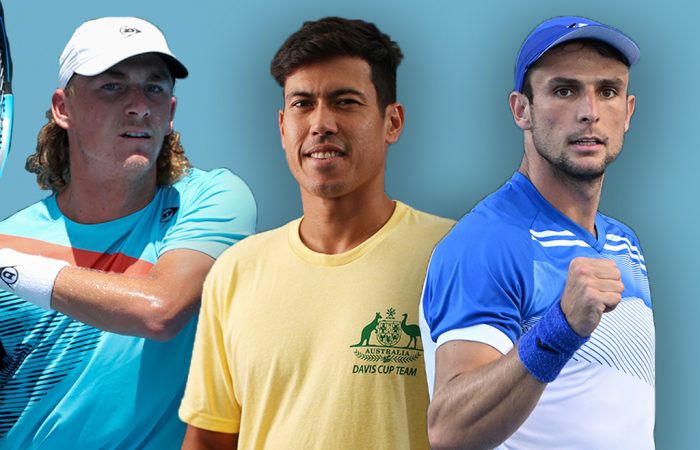 [18] Aleksandar Vukic, 26, New South Wales
Vukic has an impressive record in Roland Garros qualifying, earning a main draw spot in 2020 and last year progressing to the final qualifying round. Vukic faces world No.224 Mario Vilella Martinez of Spain in this year’s opening round. Although the world No.123 is currently on a six-match losing streak stretching back to March, he can take confidence from a strong season start. Highlights included a first ATP quarterfinal appearance in Adelaide, recording a first Grand Slam main draw win at the Australian Open and claiming a maiden ATP Challenger title in India.
Roland Garros career record: 0-1 (5-1 in qualifying)
Roland Garros best result: First round (2020)

Jason Kubler, 28, Queensland
The former world No.1 junior is making his fourth Roland Garros qualifying appearance – and first since 2019. Kubler, a former world No.91 and winner of an Australian Pro Tour title on clay earlier this season, is currently ranked No.161. This is his highest position since April 2019. Kubler, who lists clay as his favourite surface, made an ATP Challenger semifinal appearance in Croatia last week and has won 11 of his past 15 clay-court matches. He faces world No.239-ranked Italian Riccardo Bonadio in the first round.
Roland Garros career record: 0-0 (1-3 in qualifying)
Roland Garros best result: Qualifying second round (2019)

Max Purcell, 24, New South Wales
Purcell is making his second appearance in a Roland Garros singles qualifying draw, where he has been pitted against world No.287 Pedro Sousa of Portugal in the opening round. The two-time Australian Open men’s doubles finalist has achieved a number of milestones in singles this year, including qualifying for a first tour-level clay event and peaking at a career-high ranking at world No.163 in March. Currently ranked No.171, Purcell is aiming to qualify at a major tournament for the second time in his career.
Roland Garros career record: 0-0 (1-1 in qualifying)
Roland Garros best result: Qualifying second round (2020)