Saville charges into third round at Miami Open

In-form Aussie wildcard Daria Saville has advanced to the third round at this week's Miami Open. 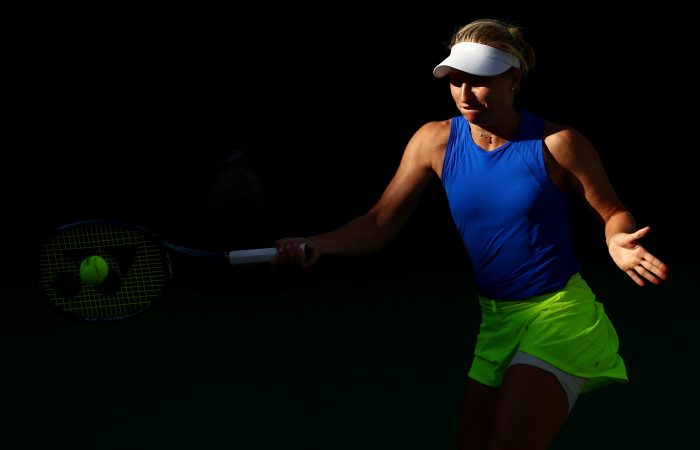 Daria Saville has continued her winning run at the Miami Open, booking her spot in the third round.

The 28-year-old Australian wildcard posted a 6-4 6-2 victory today against France’s Harmony Tan, a lucky loser in the draw following the late withdrawal of former world No.1 Simona Halep.

It is Saville’s ninth win from her past 11 matches and sets up a third-round showdown with world No.53 Katerina Siniakova.

After being sidelined for most of the 2020 and 2021 seasons with foot injuries, Saville is quickly climbing the rankings again.

Currently ranked No.249, the former world No.20 is now projected to return to the world’s top 200 for the first time since October 2019.

It has been a great day for Australian competitors, with Jordan Thompson and Alexei Popyrin both scoring first-round wins in men’s singles action.

De Minaur and Thompson have faced-off four times previously at tour-level, with De Minaur winning three of those encounters.

Having recorded only two wins from his past 10 matches, Popyrin recorded a confidence-boosting opening-round victory against Italy’s Lorenzo Musetti. The 22-year-old Australian closed out a 7-5 7-6(5) win against the world No.76, reversing the result from an ATP Challenger meeting last week.

This propels world No.92 Popyrin into a second-round clash with Croatian Grand Slam champion Marin Cilic.

The Australian Open 2022 champions defeated Mexico’s Santiago Gonzalez and Argentina’s Andres Molteni 6-2 6-7(5) [10-6] in the opening round.

The Kokkinakis/Kyrgios tour rolls on 🎸

The Australian Open champs survive a match tiebreak to move into R2 in Miami doubles!#MiamiOpen pic.twitter.com/68qOGAfG30