Alex de Minaur has matched his career-best result at Indian Wells, advancing to the fourth round for the second consecutive year. 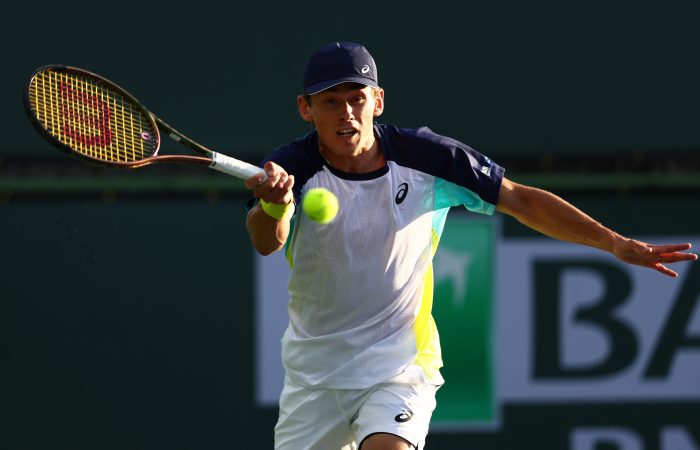 Australian players continue to shine in the Californian desert, with Alex de Minaur the latest to advance to the fourth round.

The No.29 seed scored a 7-6(2) 6-4 victory against American hope Tommy Paul in third-round action today at Indian Wells.

De Minaur needed one hour and 49 minutes to subdue the world No.39, who had eliminated third seed Alexander Zverev in the previous round.

Familiar territory 😄@alexdeminaur gets past the in-form Tommy Paul 7-6 6-4 to reach R4 for the 2nd straight year here!#IndianWells pic.twitter.com/xvkeS5XqZv

The 23-year-old Australian proved clutch under pressure, saving six of the seven break points he faced.

The victory propels De Minaur into a fourth-round showdown against No.20 seed Taylor Fritz. He owns a 4-1 win-loss career record against the 24-year-old American, although Fritz won their most recent encounter at last year’s US Open.

This matches De Minaur’s career-best result at Indian Wells, having also progressed to the fourth round last year.

I’m sorry I had to retire today. I’ve played a lot, a lot, a lot of tennis and my adductor didn’t agree with me 😭 it got way too sore to continue today. Still really happy with the tournament ✌🏼