Australian Daria Saville continues to impress in her tour return, beating Ons Jabeur at Indian Wells to record her first top-10 victory since 2018. 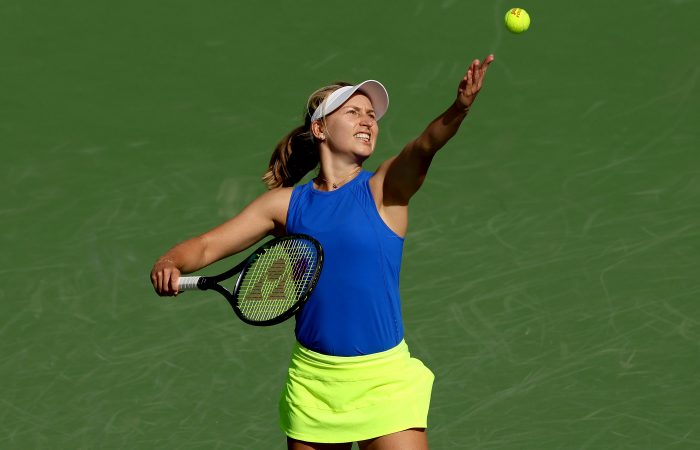 Daria Saville has recorded her biggest win in more than three years, eliminating world No.10 Ons Jabeur in the second round at Indian Wells.

The Aussie qualifier recorded a sensational 7-5 6-7(0) 6-4 victory in a two-hour and 39-minute battle today against the ninth-seeded Tunisian.

Saville showed incredible grit to recover from the disappointment of squandering two match points in the 12th game of the second set.

Jabeur quickly wrested back control of the match, taking the second set in a dominant tiebreak and then snaring an early break in the deciding set.

Yet the tenacious Saville refused to give in. The world No.409 eventually wore down her higher-ranked opponent, winning six of the final eight games against the 2021 semifinalist.

The victory also matches the 28-year-old Australian’s career-best result at Indian Wells. Saville has previously advanced to the third round in the Californian desert on three other occasions (in 2017, 2018 and 2019).

To progress to the fourth round for a first time, Saville will need to beat No.20 seed Elise Mertens of Belgium.

Mertens has won three of their four previous career meetings, including their most recent encounter at Roland Garros in 2018.

Nick Kyrgios has also advanced to the third round. The Aussie wildcard only needed 65 minutes to beat No.32 seed Federico Delbonis, firing nine aces and not losing a service game in a swift 6-2 6-2 victory.

Just on another level this week 👊@NickKyrgios storms past Delbonis 6-2 6-2 to set up a R3 encounter with Casper Ruud!#IndianWells pic.twitter.com/zj6ZMOoI2n

In other matches today, two-time champion and 2021 finalist Victoria Azarenka proved too strong for Aussie Astra Sharma in their second-round clash. The No.13 seed posted a 6-3 7-5 victory.

El Salvador’s Marcelo Arevalo and Jean-Julien Rojer of the Netherlands recorded a 3-6 6-2 [11-9] victory against the fifth seeds.