Alex de Minaur will lead Australia in the Davis Cup qualifier against Hungary with the added significance of competing on a favourite court in his home town. 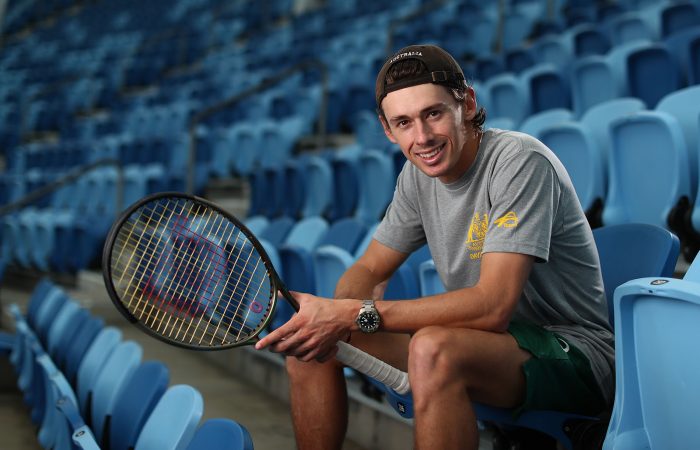 The 23-year-old is inspired enough when pulling on the green-and-gold colours to represent his nation in the team competition, and even has the number ‘109’ tattooed on his chest – a reference to the fact he is the 109th player to represent Australia in the storied competition.

But this weekend against Hungary, De Minaur will enjoy the extra significance of playing the tie on his favourite court in his home city – at the same place he first became connected with the team.

“It’s pretty special. Sydney here was my first tie as an orange boy, so it brings back great memories,” said De Minaur, who held that role when Australia faced Slovakia in a World Group Play-off tie in 2016.

“I just remember this tie as an orange boy and to be able to come back here and play in my home town on a court which I love, it’s going to be very exciting that’s for sure.”

De Minaur, who has returned to the top 30 after a spirited start to the 2022 season, promises to be a potent force when he leads Australia into battle against Hungary.

The Sydneysider thrives in team competitions, having won five of his past six Davis Cup singles matches and notching three victories over top-15 opponents in the ATP Cup – including world No.7 Matteo Berrettini at Ken Rosewall Arena earlier this year.

It is the same venue at which De Minaur advanced to the final of the 2018 Sydney International, before returning to win the 2019 Sydney title for his first ATP trophy.

Good memories plus strong momentum means De Minaur will carry confidence into this weekend’s tie  against the Hungarians, who are led by world No.34 Marton Fucsovics.

“It was a great start of the year for me,” said De Minaur of his performances in January, which culminated in a career-best run to the AO 2022 fourth round.

“It was great to get those results a after a very tough pre-season and I worked my butt off to come out here and perform and really just kind of change the narrative from last year and how I was playing. I was able to get a lot of confidence out of that.

“I’m feeling great. Happy to be back here in Sydney, especially on this court. Hopefully get a lot of family and friends coming out to watch on Friday and Saturday.”

Being back in the Davis Cup team environment is also something De Minaur values greatly.

He credited it with turning around a worrying slump in the second half of 2021; after winning the Eastbourne title in June he lost 11 of his next 15 matches, and was forced to skip the Tokyo Olympics due to a positive COVID test, before rediscovering a spark at the 2021 Davis Cup Finals.

During that restorative week in Turin – the northern Italian city where Australia played its group matches – De Minaur earned a compelling three-hour victory over Fucsovics, which bodes well ahead of this upcoming tie.

“It’s one of the best times of the year. You get to be around the boys, come around together, be a nice close-knit group and just support each other. The training sessions you see, everyone’s out there, everyone’s supporting. You don’t miss a beat.

“It’s always good vibes and it’s great to be a part of that’s for sure.”

Adding to those good vibes is the return to the Australian squad of orange boys. 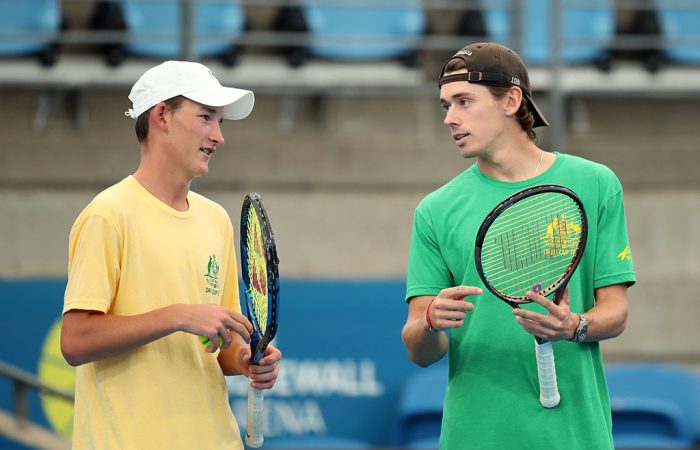 This time around it is South Australian 17-year-old Edward Winter and Canberra’s Charlie Camus, 15, who have joined the team this week in Sydney.

It is a somewhat symbolic situation for De Minaur – at the same venue where he first featured as orange boy he now gets the chance, as the team’s No.1 player, to inspire Australia’s next generation of talent.

“These young kids, you kind of get to try and leave your mark on them a little bit,” De Minaur said.

“Try to let them know, on your experiences, kind of letting them know to ask as many questions as they want and try to be a sponge and soak up as much information as they can.

“Because they’ve got a lot of information out here – you’ve got (Australian captain) Lleyton (Hewitt), you’ve got Rochey (coach Tony Roche), you’ve got the players.”

What Winter and Camus will no doubt see is a team, led by De Minaur, committed to returning Australia to the Davis Cup Finals, where they would be a step closer to winning the competition for the first time since 2003.

“That’s what we’re all here for. We’ve all taken time out of our schedules to come back, fly here to Australia and be ready to represent our country,” De Minaur said.

“(Hungary have also) got their best players here, so it means a lot.

“It’s going to be a battle, but we’re going to give it everything we’ve got and hopefully we can stay strong as a team and play some good tennis.

“We can hopefully get the win, but we’ll definitely do everything within our power to get that done.”