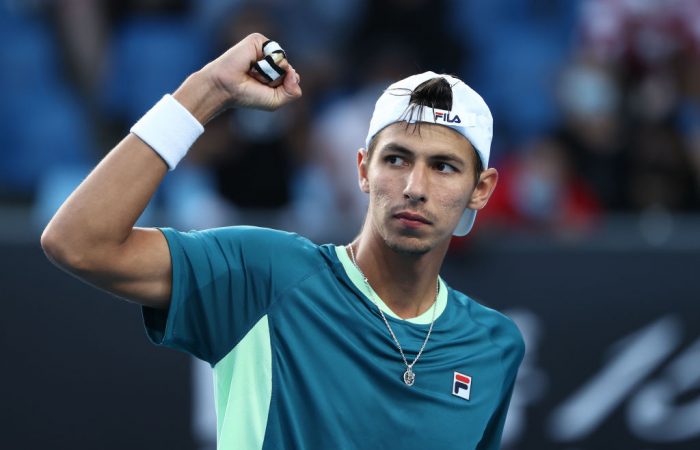 Alexei Popyrin has capitalised superbly on a last-minute opportunity to compete in the Dubai Duty Free Tennis Championships, progressing to the second round with a 6-2 6-3 win over Nikoloz Basilashvili.

After exiting in the final round of qualifying, the Australian entered the main draw into the ATP 500 tournament as a lucky loser.

Popyrin took 59 minutes to overcome Basilashvili, who at world No.19 is ranked considerably higher than the No.66 Australian.

With valuable efficiency, Popyrin served five aces, not a single double fault and saved all break points that he faced against the experienced 30-year-old.

It sets up a meeting with Ricardas Berankis, a qualifier at the lucrative tournament.

Alex de Minaur had a tougher day in Dubai, suffering a three-sets loss to Karen Khachanov.