John Millman pushes Reilly Opelka to a marathon semifinal at the Delray Beach Open, before the American claims a three-set victory. 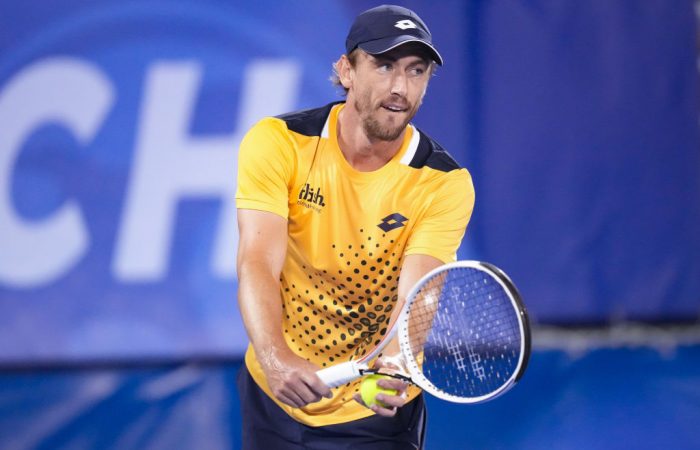 John Millman has staged a tremendous battle in the semifinals of the Delray Beach Open in Florida, before No.2 seed Reilly Opelka claimed a 7-6(8) 6-7(3) 7-6(6) victory.

Competing before a home crowd at the ATP 250 tournament, the Florida-based Opelka required exactly three hours to secure victory,

The 211cm Opelka served 16 aces as he maintained composure against a fighting Millman, who held a set point in the 60-minute opener and saved three match points at 4-5 in the second set.

Millman saved nine of the 10 break points that he faced against Opelka, who recorded his seventh straight match win.

Last week, the 24-year-old American lifted a third ATP trophy in Dallas. Currently sitting at world No.20, Opelka is just one spot away from his career-high No.19 ranking.

Still, the world No.91-ranked Millman will take heart from a stunning week at Delray Beach.

Having never previously won a match in three previous appearances at the tournament, he claimed wins over No.8 seed Maxime Cressy, Marcos Giron and No.3 seed Grigor Dimitrov.

It marked a first ATP-level semifinal since October 2020, when Millman claimed the Nur-Sultan title in Kazakhstan.

Further adding to confidence, this week marks the first time the Queenslander has claimed back-to-back match wins since last October.

Alongside a rankings boost, Millman will collect USD $30,980 in prize money from his impressive week on tour.